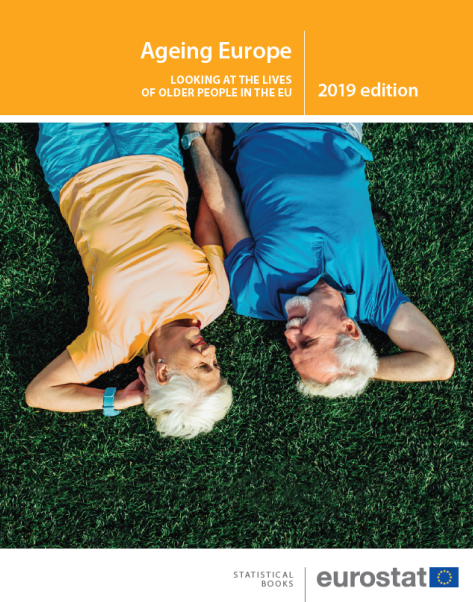 The report ‘Ageing Europe - looking at the lives of older people in the EU’, released by Eurostat in October 2019, collects the most recent data available on older adults’ daily lives across Europe and analyses future projections. It provides a wealth of information that can be useful to by policymakers to better understand the needs of an ageing European population, assess its societal impact and develop appropriate policies.

The publication includes 6 chapters which look at:

This rapid ageing of the EU population results primarily from a long-term fall in fertility rates and increased life expectancy (longevity), mainly due to health and medical progress and improved living and working conditions.

A few figures picked up from the report:

The geographical localization and type of household in which older people live may also determine their quality of life, risk of poverty, or the services that they require.

Some of the facts pointed out by Eurostat:

Health is an important measure of well-being, in particular for older people as it is an important factor for personal independence and participation in local communities.

Some of the trends highlighted:

Transition from work into retirement - chapter 4

In the EU more and more people aged 55-64 years have been active on the labour market during the last three decades, with a particular sharp increase observed since 2003. Improving work-life balance becomes particularly relevant to older workers: a growing number benefit from flexible working conditions that allow them to work longer, increasing their income and reducing their need for government support.

Projections show that there will be more and more pensioners, but fewer workers to finance them.

The ageing of the population has also an impact on the way we spend our money: when getting older people tend to spend more on health, food and their home, and less on transport and clothes.

Regarding income, older Europeans are often found to have a lower risk of poverty than other age groups, however:

Overall, older people have higher levels of life satisfaction (compared with other age groups) in several western and northern EU Member States. The main factors that influence their well being are:

Eurostat data on ageing are also presented in a more interactive tool here, which provides statistics per domain and per country (you can select your country).