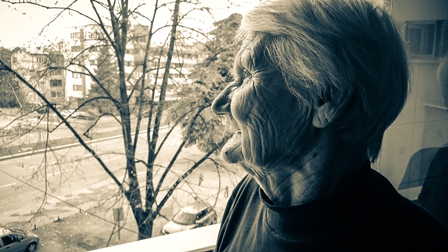 Since 2006 the World Elder Abuse Awareness Day has aimed to focus global attention on the physical, emotional and financial abuse of older persons and to give a voice to victims of abuse who remain most of the time invisible. It seeks to promote a better understanding of the issue by raising awareness of the cultural, social, economic and demographic conditions that increase the risk of elder abuse and neglect.

Although the issue of elder abuse has gained greater visibility at global and EU level for the last few years, millions of older persons continue to suffer abuse and neglect across Europe and worldwide. And this situation may get worse in particular in the areas of health and long-term care services with the growing demand for care due to demographic ageing and the current austerity cuts in publicly funded services.

Mistreatment and neglect in old age are the consequence of negative perceptions of old age and ageist stereotypes, which remain deeply rooted in behaviours and mentalities but are also reflected in many laws, policies and practices underlying the functioning and structure of our societies. This so-called ‘structural ageism’ has been revealed by our members and is described in the AGE position paper on structural ageism.

Ensuring dignity in later life and access to quality care services would be a key step towards addressing elder abuse in Europe. As AGE Secretary-General Anne-Sophie Parent highlights in our joint press release to mark the Elder Abuse Awareness Day, “adopting a more positive attitude to ageing and looking at frail older persons as rights holders entitled to respect and dignity is the cornerstone for ensuring a truly old-age inclusive society and preventing elder abuse. No one should be denied access to the health and long-term care they need, including older people with severe dementia!”.

In light of these challenges, AGE joined forces with the European Commission, the Council of Europe and the European Network of National Human Rights Institutions (ENNHRI) to organise for a third time a high-level joint event aimed to develop our understanding of the specific challenges of structural ageism and discrimination in access to health and social care, and show how this has an impact on the prevalence of elder abuse in health and long-term care settings. 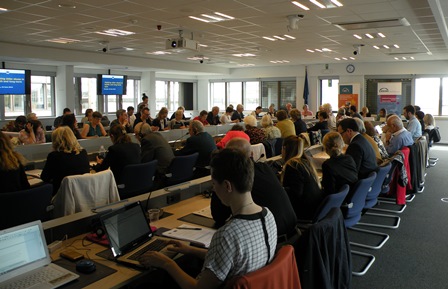 The conference presented relevant international and European developments to combat elder abuse in the area of health and long-term care, including research, legislation, policy and grassroots initiatives. Speakers from the European Commission, the Council of Europe and the UN Committee on the Rights of Persons with Disabilities and the UN Economic Commission for Europe (UNECE) explained how each institution aims to tackle elder abuse, highlighting the importance of stakeholder cooperation. Real-life experiences of older people and their family caregivers provided interesting insights in order to raise awareness of how inequalities, stereotypes and the lack of a rights-based approach in the provision of health and long-term care can lead to elder abuse. Speakers from the European Union Geriatric Medicine Society, the European Social Network and the European Covenant on Demographic Change presented a number of promising policies and practices as examples of effective responses to the growing risk of neglect and maltreatment of older people. These highlighted the need to raise awareness about elder abuse among health and social care professionals, and the need to develop their capacity to identify and prevent abuse in daily practice through adequate training.

The event provided evidence of the need for a rights-based approach in the delivery of health and long-term care. This will not only strengthen existing policy objectives, but will moreover ensure that the systematic ageism and the abuse of older people is not sidelined, but becomes the focus of concerted policy action.

Presentations and conclusions of the conference will be available at the event webpage in early September.

In the framework of PACE, the European project on palliative care for older people in care and nursing homes in Europe, AGE organised last 15 June in Brussels a policy conference. This event discussed the benefits of palliative care and how to mainstream it in all relevant policies to ensure access to all those older persons in need.

A report of the event can be read here

Also on the occasion of the World Elder Abuse Awareness Day on 15 June, the United Nations Independent Expert on the enjoyment of all human rights by older persons, Rosa Kornfeld-Matte, warns that insufficient action is being taken to stop elder abuse around the world and urges everyone who suspects a case of elder abuse to report this serious human rights violation.