The new report on "Ageing and the city: making urban spac 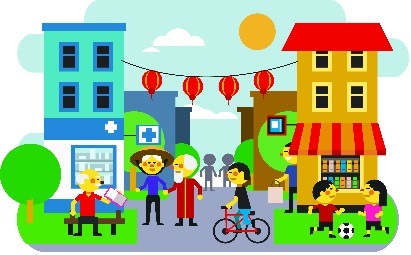 es work for older people", published by HelpAge International on the occasion of the UN's urbanisation conference Habitat III, explores the issues older people face in urban environments and makes a number of recommendations for governments and city planners.

The report argues that urban development must ensure cities are inclusive, welcoming and supportive places that actively protect and promote older people’s rights. This is a pressing issue as more than 500 million people aged 65+ live in cities, 289 million of whom are in low and middle-income countries. This amounts to more than half of all older people and goes contrary to the belief that older men and women are more likely to live in rural areas.

The development of cities has long been centred on car use, prioritising vehicular traffic and discouraging the use of streets and public spaces. According to the report, this restricts older people's participation in community life, contributing to social isolation, making street-based, informal work unsafe, and leading to unhealthy, sedentary lifestyles.

Another example presented in the report relates to persons with dementia. As more and more people reach older age in cities, the number of people living with dementia in an urban environment will increase too. The design of urban environments, therefore, has a big impact on how people experience dementia as similar street layouts with grid systems or poor visibility can be problematic for people becoming forgetful and lost even in familiar places.

Read more in the report here.