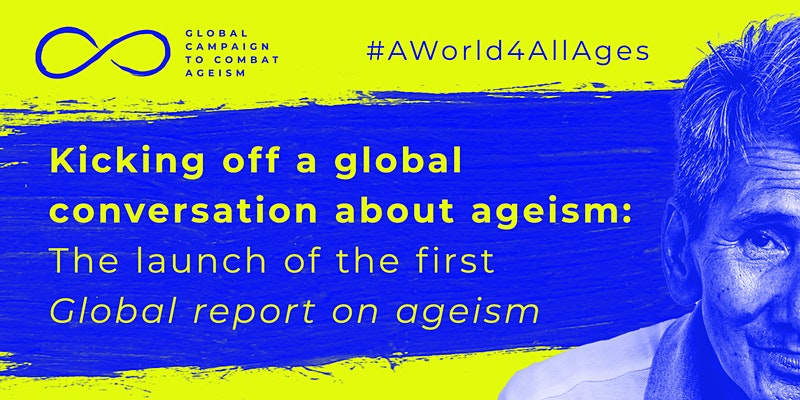 YES to ageing. NO to ageism!

The United Nations has published the first ever global report on ageism. The report presents the latest evidence on the nature and magnitude of ageism, as well as its determinants and impact. It also outlines a framework for action to reduce ageism including specific recommendations for different actors (e.g. government, UN agencies, civil society organisations, private sector).

The findings of the UN report were presented on the occasion of an interactive online event on 18 March 2021, organized in the frame of the 46th session of the Human Rights Council. The event broadcasted a number of key messages:

> The recording of the event can be watched here

Ageism affects people of all ages when they are considered ‘too young’ or ‘too old’ to do something. Both younger and older people suffer from ageism across many areas, such as employment, health, housing and politics.

Ageism is so pervasive that it is entrenched in our institutions (institutional ageism), in our relationships (interpersonal ageism), but can also be self-directed (internalised ageism).

Holding stereotypes or discriminating on the basis of age is harmful and costly. It affects people’s physical and mental health and takes huge economic toll on individuals and society.

Ageism can add to other inequalities

Ageism intersects and exacerbates other forms of disadvantage such as sexism, racism, or ableism. According to the report, younger women are more likely to experience ageism than younger men. Among older people, being care dependent, having lower life expectancy in comparison to the national average, or working in specific sectors (high-tech or hospitality) increase the risk of being a target of ageism.

> Read AGE article on Human Rights, Ageing and Intersectionality in the Time of COVID-19

Ageism can be combatted

The report brings forward three forms of interventions that have proven to work to combat ageism:

As identified by the UN report, policy and laws are the first step to combat ageism. This is why AGE has launched a campaign to support the adoption of a United Nations convention on the rights of older people.

> Read more on how to join our #EULeadsTheRally campaign

The launch of this publication kicks off a global conversation on ageism that concerns us all and in which we all should have our say. Along with the report, the UN has therefore issued a toolkit on how to initiate your own conversations about ageism.

Join the movement and spread the word! 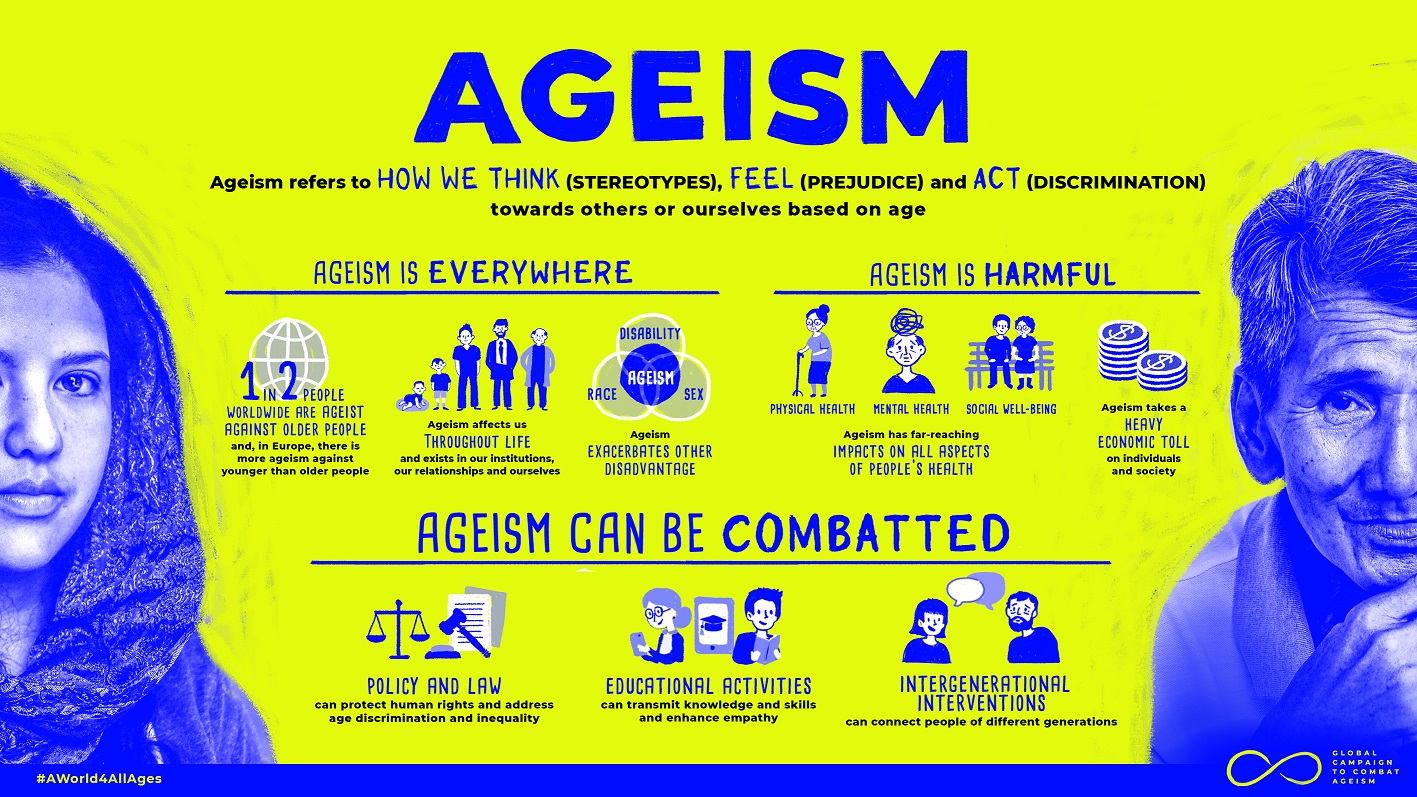