Symposium on supporting inclusive governance for sustainable democracy: 'Leave no one behind'

On April 24, 2018, a few days before the European Day of Solidarity between Generations, International IDEA and the European Seniors’ Union (ESU) - one of AGE members - organized a symposium to discuss intergenerational solidarity in relation to sustainable democracy. 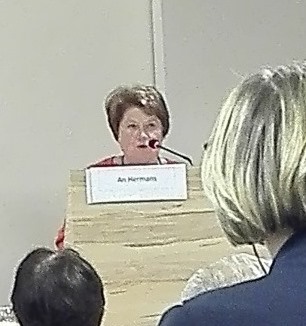 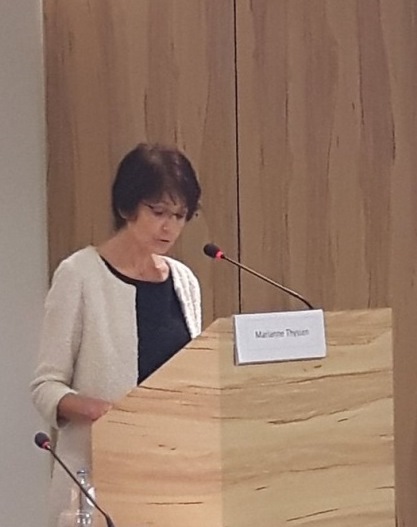 Marianne Thyssen, European Commissioner for Employment, Social Affairs, Skills and Labour Mobility gave a keynote address. She reminded of the different actions undertook by the Commission, as well as her own proposals, to adapt Europe to the ageing of its population, the changes of the labour market and the digitalisation of society. The “young and old should stand together to reap the rewards of progress”, using the European Pillar of Social Rights as a compass. 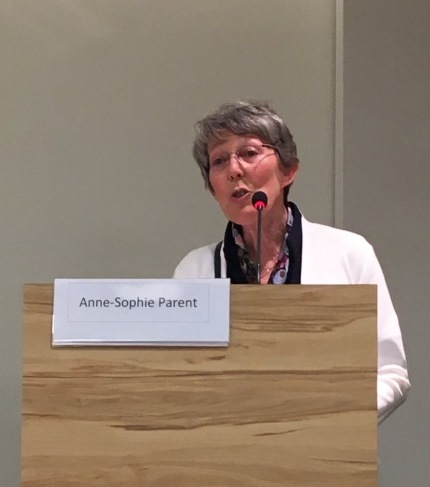 Anne-Sophie Parent, Secretary General of AGE Platform, reminded that the EU Day on Solidarity between generations was a joint initiative of AGE Platform and the European Youth Forum, officially proclaimed by the Slovenian presidency on the 29th of April 2008. Another success on this topic for the two organisations was the proclamation of the year 2012 as the European Year of Active Ageing and Intergenerational Solidarity.

Anne-Sophie Parent also underlined that the promotion of intergenerational solidarity should be coupled with the fight for gender equality, as “solidarity between generations often has a feminine face”.

It was also stated that we need to accept that older people are still useful for society, and that many of them still want an active part in it. That is why age limitations that forbid people above a certain age to remain in activity even though they wish to need to be fought.

Anne-Sophie Parent concluded by saying that the European Day of Solidarity between Generations is about rethinking a society in which age difference does not matter anymore, and about inclusion of all generations.

An interesting initiative, which relies on intercultural and intergenerational dialogue and solidarity, was presented by Julie Bodson and Alex Laminne de Bex : DUO for a Job. Indeed, they link older people, who still wish to participate usefully to society, with young migrants who they will help find a job in Belgium. According the Alec Laminne de Bex, who is a mentor for DUO, both parties reap great benefits from this partnership.

The topic of youth involvement in politics was also raised. Julia Krebs of AEGEE underlined the importance of civic education to get young people interested in politics. She also pointed out that young people nowadays use different channels to inform themselves than the previous generations did, therefore political institutions need to identify those channels and adapt themselves to those know forms of communications. Andrianos Giannou, president of the Youth European People’s Party, observed that young people are not that disinterested in politics, but they do feel less concerned by some issues (security, immigration) that are very present in political debates.

Youth Involvement in politics : the role of education & media diversity

The key message of this conference on intergenerational solidarity and dialogue, as summarized by Andrew Bradley of International IDEA, was: “leave no one behind”.

View here the invitation and agenda of the symposium

On the 2018 edition of the European Day of Solidarity between Generations, AGE also joined forces with the European Youth Forum to call for more participation of the younger and older generations in the democratic debate and policymaking and promote age diversity in all areas of society.