Solidarity between Generations must guide us through the crisis‘, MEPs say to Commission & Council

On May 29, 36 Members of the European Parliament sent a letter to Commission President Ursula von der Leyen and Council President Charles Michel, calling for upholding the EU treaty principle of solidarity between generations during the COVID-19 crisis and recovery.

The MEPs invite the two institutions to seriously consider the situation of older persons and informal carers during the crisis and call for a reflection on how to protect the human rights of persons of all ages.

The MEPs express their concerns about the following points:

They also call for no further delays in advancing the reflection on demographic change and ageing, included into the Commission’s 2020 Work Programme, but postponed due to the COVID-19 crisis. 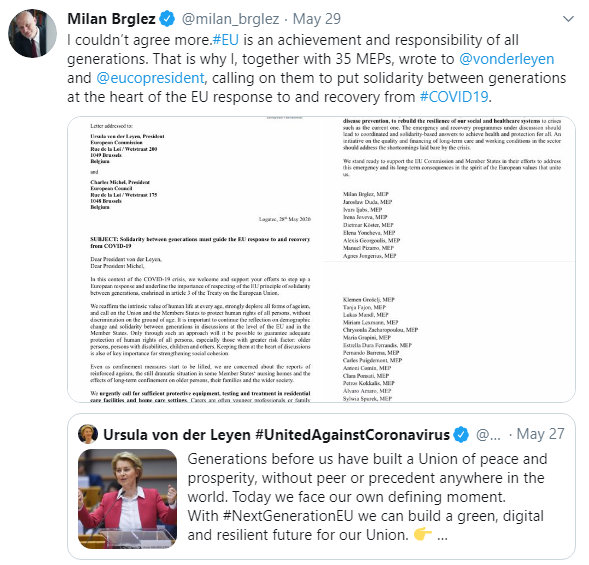