The European Commission has published its Pension Adequacy Report 2018, looking at the present and future adequacy of pensions in EU member states. It takes account of 18.2 % of older people who remain at risk of poverty and social exclusion, with particular challenges for older women and seven EU member states where the risk of income poverty for older people exceeds the one of the other age groups. In 11 member states, the risk of poverty and social exclusion of older people increased in 2013-2016. The annex of the report includes a statement submitted by AGE. 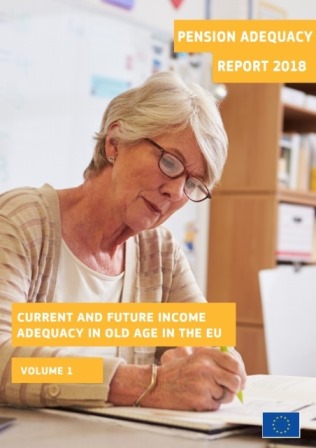 On average, EU pensioners leave into retirement with 58% of their late-career work income, with strong differences between member states. The duration of working life increases, while the duration of retirement also increases along the evolution of life expectancy. The older people get, the more their risk of poverty and social exclusion increases, while financial needs tend to rise with age and incomes erode during retirement due to insufficient indexation

Older women face higher problems than older men, as more than 20% of older women are at risk of poverty or social exclusion, cutting on basic needs such as health care. The gender pension gap remains high at 37 percent. Also people in non-standard and self-employment face a more dire situation as their pension entitlements are much lower; although some of them have been able to save more outside the pension system. Career breaks due to care for children or other family members, or due to unemployment create risks to pension adequacy as well.

Persisting challenges for the future

In projection, challenges are likely to persist. The Commission especially highlights the gender pension gap, as the gender differences in career lengths are not adequately compensated in pension systems. Further increase of life expectancy will also result in lower pensions if systems are not adapted. Pension systems are not gender-neutral, as differences in pension calculation and statutory pension age still account for differences between men and women with equal careers in Poland, Romania and Austria (where women structurally have lower pensions with the same career), and the UK and Slovenia (where women’s pensions at equal careers are higher).

Recommendations from the Commission

The European Commission comes up with a set of recommendations in the report, which includes increasing the attention paid to minimum pensions. For the EU Commission, pension reforms promoting later retirement managed to increase employment rates of older people (55-64), by 5.1 percentage points between 2013 and 2016, an effect further amplified by better education for the cohorts of workers moving into this age bracket. The Commission recommends rewarding later retirement and introducing flexible retirement options. Minimum pension schemes have a strong role of protecting especially older women from old-age poverty.

Furthermore, the Commission recommends extending pension coverage to self-employed and new forms of employment, while creating incentives to complement statutory pensions with occupational and personal pensions. The Commission also notes that the access to services, in particular health and long-term care, has a strong link to the adequacy of pensions. 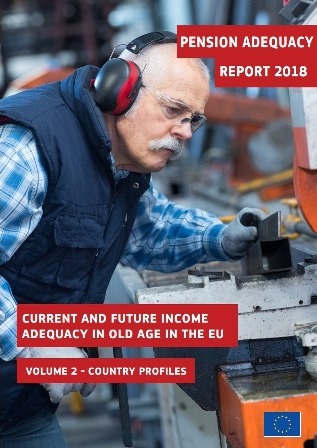 Pension reforms have been conducted in many EU member states, mostly linked to raising pension ages or to increasing contribution periods to qualify for full pensions. Other reforms aim at dissuading early retirement and introducing flexible pathways into retirement through the combination of employment and pension. Some reforms have focussed on strengthening adequacy of pensions, by raising minimum pensions, introducing minimum incomes or by revising indexation mechanisms.

The Pension Adequacy Report tries to bring an outlook to the future. In case of a 40-year standard career, replacement rates of pensions relative to the average salary will decline in most member States. The reduction will be by up to -45% in Romania, -41% in Poland, and -16% in Croatia and the UK. Adequacy will stronger depend on the length of one’s career beyond 40 years. Differences between men and women are likely to persist. Pensions will continue to be more equal than salaries, except for some EU member states (for instance in Italy and Sweden, replacement rates will be higher for high earnings than for lower earnings). Having started a career late or early does not make a large difference if beneficiaries work for the minimum contribution period, except in cases of persons starting to work very early. However, having a short career (of 20 years) makes a large, negative difference in replacement rates. Career breaks for unemployment or childcare generally lead to milder reductions of replacement rates, while career breaks because of disability have a high impact.

In our contribution, we welcome the report and its accrued focus on adequacy of pensions, the situation of women and men, the taking into account of the erosion effect of pension and the look at the importance of public services for pension adequacy. Yet, we continue to highlight the need for:

Our comments on the Commission's recommendations also include that: