The pension gap between women and men, of about 40 %, is a major problem to be addressed by an EU level strategy, states a resolution adopted by the European Parliament on 14 June. The resolution is a major step in raising awareness for the issue of the gender pension gap, its many causes and consequences.
AGE highly welcomes the report which points on many issues that lead to an imbalance between women and men and an increased risk of poverty of older women. 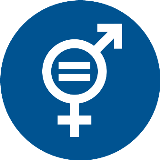 ‘The gap we are witnessing today is the product of decades of ill-functioning labour markets, this needs to be remedied’, said Member of Parliament Ms Kozłowska-Rajewicz, representing the rapporteur Constance Le Grip. ‘Particularly women who have children are victims of this, as they first step out of the labour market to care for children, and later leave the labour market early because they have to care for relatives.’

The Commissioner Carlos Moedas, who represented the Commissioner for Justice Vera Jourova, highlighted the actions it has taken by presenting a package on work-life balance in April, which tries to address women’s under-representation in the labour market, including through a care leave. The Commission also ensured it will be vigilant on the shift towards a multi-pillar system and its effect on pension adequacy for current older women.

The resolution calls for a strategy to put an end to the gender gap in pensions, by establishing guidelines from the European Commission and working together with member states. It supports a call for a strategy for equality between women and men for 2016-2020 and to link it to the Europe 2020 Strategy.

The resolution acknowledges that while the gap in pensions stands at 38.3%, between 11% and 26% of women in the EU have no pension entitlements at all and calls these disparities ‘unacceptable’. The Parliament highlights that pension policies have the aim to ensure economic independence and that they should prevent social exclusion by guaranteeing active social, cultural and political participation. The Parliament notes that the pension gap is larger for pensioners between 65 and 75, rather than 75 and above because of the impact of survivor’s pensions on widows, but also notes that the risk of poverty and social exclusion is high for older women (20.2% compared to 14.6% for men) and that it increases with age, reaching 30% in most member states.

Calls for a gender assessment of pension reforms

The resolution takes note of the development towards more individual responsibility in pension savings has a stronger impact on women and called for increased support for financial literacy and for the application of the directive 2004/113 prohibiting gender discrimination in the access to goods and services to be applied to pension insurances by using unisex tariffs. The Parliament calls for putting in place poverty-preventing measures for workers whose health does not allow them to work until legal retirement age. It called for more systematic monitoring of the gender pension gap and the effects of reforms on women’s well-being and an assessment of member states’ pension systems in view of their capacity to promote gender equality in old age. It also called for more information provided to citizens on the impact of lost contribution periods on pensions.

A better system for the distribution of care needed

The resolution highlights that a root cause of the gender pension gap is the unequal distribution of care work, both childcare and care for family members in need for long-term care and assistance. The resolution therefore emphasises the role of pension credits for caring tasks as a possible way to improve gender equality in pension systems and calls for them to be established by member states. The Parliament recognises informal care as a fundamental pillar of society carried out mainly by women. It commends the Commission’s initiative to create a right to request flexible and smart working to support work-life balance and the proposal for carer’s leave. It encourages pooling of good practices in this area by member states. It also calls for local, high-quality, affordable and accessible care facilities for children and older people and for public investment to be directed into these services, especially in rural areas. It also calls for defining targets for long-term care servies.

Promotion of employment of women

The resolution notes the efforts made in increasing employment rates for women, but takes stock of the persisting gender pay gap and differences in employment rates and working time distribution between women and men. It calls for more investment in schools, pre-school education and care for older people to create better work-life balance policies that create jobs and helps women gaining and staying in high-quality employment. The Parliament condemned gender discrimination in employment as an infringement of Directive 2006/54 and called for better implementation of this directive.

AGE Platform Europe highly welcomes this resolution, which contributes to further putting the topic of gender equality in old age on the agenda. AGE supports the call for pension credits and for better policies on reconciling work and family life across the life cycle, including by establishing care leaves for persons caring for family members. At the same time, AGE calls for increased investment into quality long-term care systems, providing for choice of the care model and covering adequate to all health conditions. While promoting gender equality in labour markets it the most effective long-term solution to the gender pension gap, the needs of current pensioners should not be forgotten, especially regarding the pensions of the ‘oldest old’, who are predominantly women.