Discrimination on the basis of age remains widespread in all areas of society. A new report from the European Commission provides further argument on the need to strengthen protection against age discrimination outside the employment field. We were invited to discuss the report findings at a workshop organized by the European Equality Network. 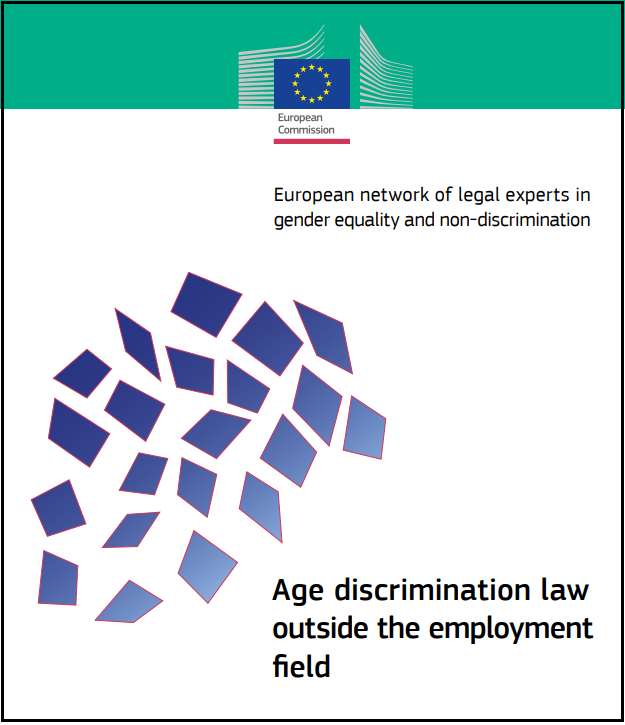 Since 2008 a proposal for a new directive that would cover also the fields of social protection, education, housing, healthcare and access to goods and services has been made. However, 12 years on, the proposed directive has not seen the light of day. A recent report, authored by Elaine Dewhurst from the European network of legal experts on non-discrimination and gender equality, examines the state of the art in protection against age discrimination beyond employment at European and national level. This report concludes that alone, the Charter of Fundamental Rights – which includes a provision prohibiting age discrimination – is not sufficient to protect individuals beyond the labour market context. Therefore, the adoption of the so-called horizontal non-discrimination directive is considered essential to fill this gap.

Discrimination on the basis of age is also prohibited under the European Convention on human rights (ECHR) which bounds all member states of the Council of Europe. However, according to the report, this protection remains limited in scope and application. Even if the European Convention on human rights is not limited in scope to the labour market, the non-discrimination provision (article 14) can only be used in relation to one of the other articles of the convention, such as the right to liberty or privacy. In addition, the European Court of Human Rights has not accepted age as an equally severe ground of discrimination. This means that cases of age discrimination are more likely to be found as proportionate, reasonable or justifiable because they serve a legitimate aim.

National law provides partial or no protection from age discrimination

In some countries, protection is not based on specific national legislation, but rather on general constitutional guarantees or on the interpretation of the European Convention on Human Rights. But according to the report, this can result in gaps and discrepancies. Moreover, as is the case with the EU Employment Directive, under national law, differences in treatment on grounds of age can be justified by a number of legitimate aims and exceptions. Such exceptions are particularly prevalent in the field of financial services, which allow for the unfavourable treatment on the basis of age in access to insurance and credit for instance. In other cases, there are no explicit exceptions in law, but age-based categorisations are generally accepted. The report however notes a welcome trend to move away from generalisations towards more individualised assessments of differential age-based treatment, which could help tackle age stereotypes.

Despite these gaps and discrepancies however, the report demonstrates that overall Member States agree on key concepts of equality law and how they apply to age discrimination. Areas of concern include the issues of victimisation, multiple discrimination, exceptions for the financial services sector (including insurance and banking sectors) and lack of case law in the field of education. This is an important finding indicating that there is overall consensus about the need to expand protection on age discrimination, but also where the discussions on the horizontal directive should aim in order to achieve consensus, which is necessary for its adoption.

Ageism at the root of discrimination in EU laws and policy

Our colleague Nena Georgantzi took part in the legal seminar of the European Equality Network and participated in the workshop on age discrimination beyond the employment field where this report was presented. Nena presented experiences of older people’s discrimination in access to goods and services. She linked them with the wider societal phenomenon of ageism which is prevalent also in law and policy at EU and national levels. Nena concluded by sharing the recommendations of the report about improving the existing legal framework and further highlighting: