The Council of ministers in employment and social affairs has adopted a position supporting the approach taken by the European Commission in the ‘European Pillar of Social Rights’ proposal. The position underlines the urgency to address challenges such as ageing, unemployment or social exclusion. The European Pillar of Social Rights is a proposal setting principles in 20 different domains of employment and social policies and aims to re-establish convergence in the European Union after the crisis.

The approach taken by employment and social affairs ministers is to support the proposal and to highlight that the implementation of the 20 principles need strong commitment from member states to be effective. Therefore, the Council asks requests that it should be in the field of employment ministers to further discuss the proposal. 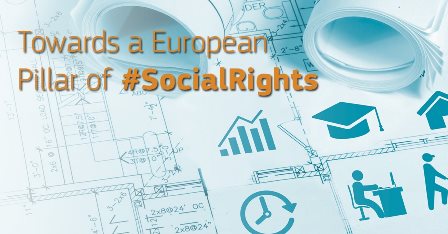 The proposal is formulating principles in large domains of social policy. Amongst others, these concern the right to quality and affordable long-term care, to adequate pensions, to minimum income schemes, non-discrimination, to a preventive approach in health policies and to secured transitions between jobs. The right to life-long-learning and to active employment support should also be highlighted.

AGE supported the initiative and has submitted an extensive position as part of the 2016 public consultation on the 20 rights. The Commission presented a draft text in April and is aiming to adopt it as a proclamation of the Parliament, the Council and the Commission by the end of this year. It particularly hopes for progress in the adoption during the Social Summit in Goteborg in November.