Recent figures from the World Health Organization reveal that cases of elder abuse have increased by 84% worldwide during the pandemic. The issue is of concern to AGE members who responded massively to the World Elder Abuse Awareness Day last 15 June.

We are all (future) older people. Tackling elder abuse should be a collective endeavour.

“Older people are people who live next to us, they are members of our family, friends and acquaintances. They themselves often respond to violence with solidarity, help and care. Let us try this year, on the occasion of this day, to be by their side” wrote 50+Hellas in their press release.

AGE was recently referring to the findings of a study comparing the prevalence of abuse in 7 European countries: 19.4% of older people experience mental abuse, 2.7% for physical abuse, 0.7% for sexual abuse, 3.8% for financial abuse, and 0.7% for injury.

Several AGE members delved into the details of some of these forms of abuse.

Education and support services are critical to tackle abuse

In Austria, the Pensioners' Association of Austria (PVÖ) seized the momentum of the International Day to send a clear message on what can be done about abusive behaviours:

"We must educate, look and support! This is the only way to prevent violence!", stresses Dr. Peter Kostelka, President of PVÖ in a statement published on their website. “The environment, the family doctor, the mobile nurse, must be attentive. But pensioners' associations also play an important role here and have a high degree of responsibility. If there is suspicion, it is essential that this is addressed sensitively and carefully”. 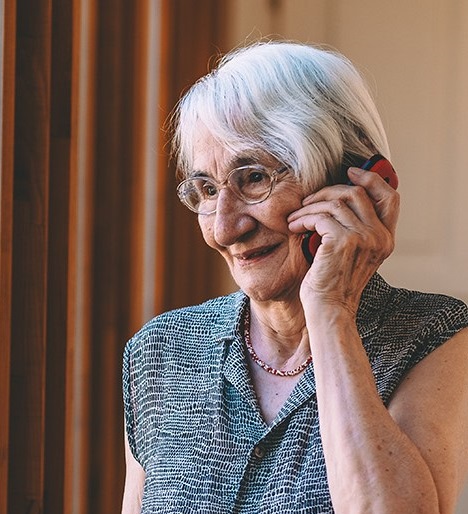 In Spain, the Spanish Confederation of Older People’s Organisations (CEOMA) made a similar call asking for an education system that promotes a better image of older people and the implementation of an easy-to-remember phone number to report abuse.

In Czechia, Zivot90 have already been supporting victims of violence for more than 30 years thanks to their helpline and free counselling center.

But professional services and informal carers need support too!

In Italy, the National Association of Older and Retired Persons (ANAP) reminds that we can address elder abuse by preventing risk situations that concern older people, their families, and their caregivers.

Since the COVID-19 crisis, further older people with care needs and many carers were left without support. Both dynamics increased the risk of abusive behaviours. The social and psychological wellbeing of both older people and carers need special attention.

As health and social care professionals can play a key role to identify elder abuse, the association Anziani e non solo is involved in the EU funded project SAVE aiming to train professionals to identify abuse and intervene.

In Serbia, the EU-funded project EmPreV (Empowerment of older women: preventing violence by challenging social norms in Serbia and Austria) has also organised trainings of trainers for staff and volunteers of the Red Cross to stop violence against older women.

Your organisation has worked on elder abuse and is not in the above list?
Do not hesitate to keep us informed and share your news (including in original language) with Estelle: estelle.huchet@age-platform.eu