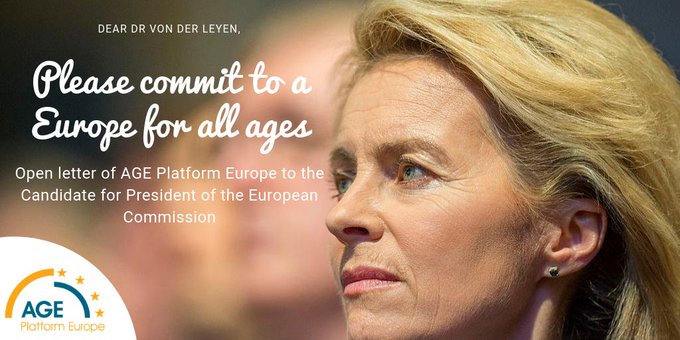 After the nomination by the European Council and the approval of the European Parliament, Dr Ursula von der Leyen, previously a member of the centre-right Christian Democratic Union (CDU) in the German Federal Government as Minister of Defence, has been elected President of the European Commission to succeed Jean-Claude Juncker as of 1 November 2019.

Once each EU Member State nominates its candidate Commissioners ("Commissioners-designate"), the next step will be the hearings by the European Parliament.  AGE has been monitoring and contributing to the different steps of the new Commission’s nominations process to ensure that population ageing and human rights in old age are addressed among the future EU policy priorities.

Prior to Dr von der Leyen’s hearing and election by the European Parliament, AGE addressed an open letter calling on the President-candidate to promote a Europe for all ages based on intergenerational exchange to guarantee equal opportunities for everyone in an ageing Europe. Based on the Declaration of AGE 2019 General Assembly and our Manifesto for the European elections, we proposed that the future EU Commission action should include the following four priorities:

> Read more in our press release 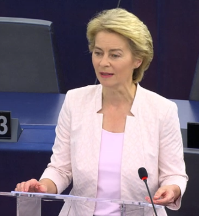 In her statement during the hearing at the European Parliament, Dr von der Leyen presented policy priorities for the new Commission, referring among others to demographic change. The President-candidate mentioned some related challenges, such as pensioners with no choice but relying on online banking or older workers forced to retire due to the lack of retraining opportunities to match the changing skills needs. She also called for the full implementation of the directive on work-life balance for parents and carers and committed to adopting a European Gender Strategy based on a life-cycle perspective. However, her statement failed to stress the opportunities that a higher life expectancy offers for individuals and societies as a whole. Overall, the proposed policy priorities set out by the President-candidate offers some room to address AGE demands and recommendations For more on AGE assessment of the EU Commission President-candidate hearing please read more in this article. 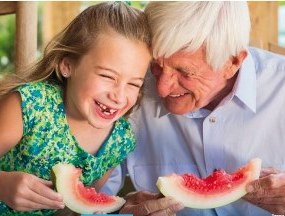 Following the election of Dr von der Leyen, AGE addressed a second letter congratulating her for her election and calling for an EU Strategy on demographic change and solidarity between generations with a dedicated commissioner’s portfolio to coordinate EU action with an aim of ensuring equality, social justice and prosperity for younger and older generations. In our letter we remind AGE’s vision of an inclusive society for all ages, “based on solidarity and cooperation between generations, where everyone is empowered to participate and enjoy life in full respect of their rights while fulfilling their duties and responsibilities”. An EU strategy on demographic change could help reach that objective, and turn Europe’s demographic challenge into a real opportunity for all EU citizens.

Next step: the selection of EU Commissioners 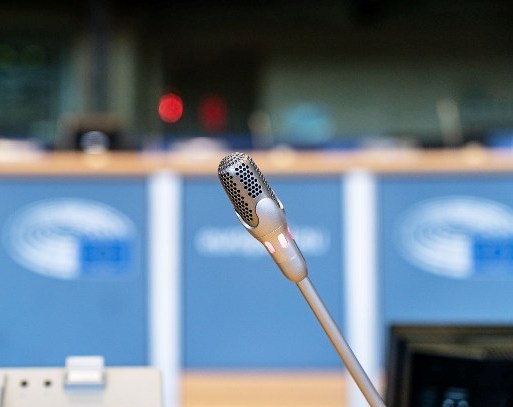 In agreement with the Commission President-elect, the Council of the European Union will now draw a list of candidate commissioners, one for each member state, and who will be heard by parliamentary committees in September and October in their respective fields of responsibility. AGE will pursue its advocacy by addressing the members of the European Parliament (MEPs) with questions to be asked during these hearings of Commissioners-designate in line with our policy recommendations in relevant ageing-related areas.