Towards a European Silver Deal? 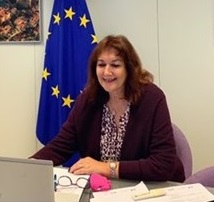 Vice-President Šuica opened the event and insisted on how much where we live also impacts how we age:

“It is vital that cities can be a shining example of intergenerational solidarity and inclusiveness”.

She also reacted positively to the idea launched by ESPON to have a Silver Deal, like there is a Green Deal, at European Level. And explained how the forthcoming initiatives, like the Green Paper on Ageing and the Long-Term Vision for Rural Areas, will be key milestones to support longer lives in better health.

Then the different speakers highlighted key elements related to population ageing in cities: