Poverty and social exclusion of older people: where are we? 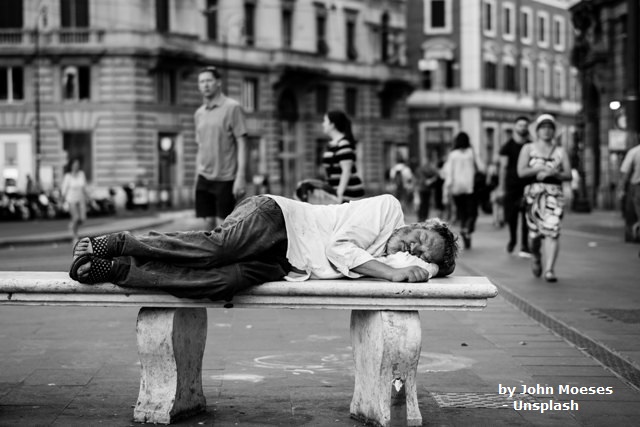 AGE's 'Poverty Watch 2018' looks at the reality of poverty and social exclusion of older people in Europe. While it is often highlighted that older people's poverty and social exclusion has been receding despite the economic crisis, it is necessary to look behind the picture: if material deprivation is reducing, the relative at-risk of poverty is increasing, highlighting growing inequalities also among older people. Groups of older people, such as older women living alone, the oldest old and people with health problems, are much less protected from poverty. Also, the indicators used are not all relevant to the reality of older persons. 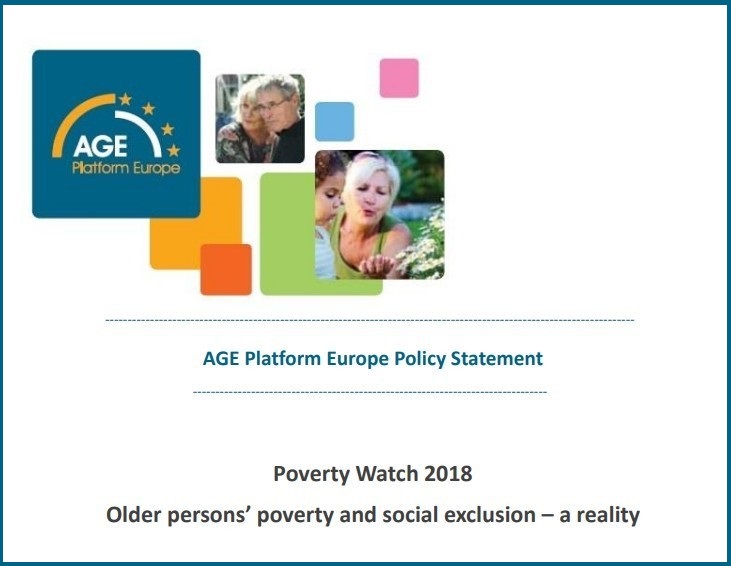 Material deprivation indicator: not fully in line with the needs of older people

The 'Poverty  Watch' report is part of a series of reports created by members of the European Anti-Poverty Network due to be presented on 29 January 2019. In the report, AGE highlights the problem of indicators measuring poverty relative to older people. Especially the indicator on material deprivation is not necessarily fit to assess the situation of the ‘oldest old’ or older people with health problems. This indicator consists of a list of items considered to correspond to basic needs. However, in older age, costs for health and long-term care and access to services are just as important as the ability to purchase or spend time on the basic items provided for in the list of items.

The report also looks at promising practices to fight old-age poverty and social exclusion, including a key phenomenon currently unaddressed in EU policy-making: loneliness and social isolation. Initiatives that go towards isolated older persons and include them in social activities, not only with age-mates, but with an intergenerational aspect, are extremely important to continue to feel included in and valued by society. AGE members have an ongoing reflection about this phenomenon.

On the special topic of in-work poverty, the report reveals that this is a problem in old age as well, especially after pension age: some older women are obliged to continue working to make ends meet, all while failing to escape poverty. The job types that cause in-work poverty in younger ages are often strenuous, thereby ‘crowding out’ ageing people because of the health problems caused by it. Especially the disparities, causes and consequences of in-work poverty in old age should be further investigated.

For more information, you may contact Philippe Seidel Leroy at the AGE Secretariat: philippe.seidel@age-platform.eu