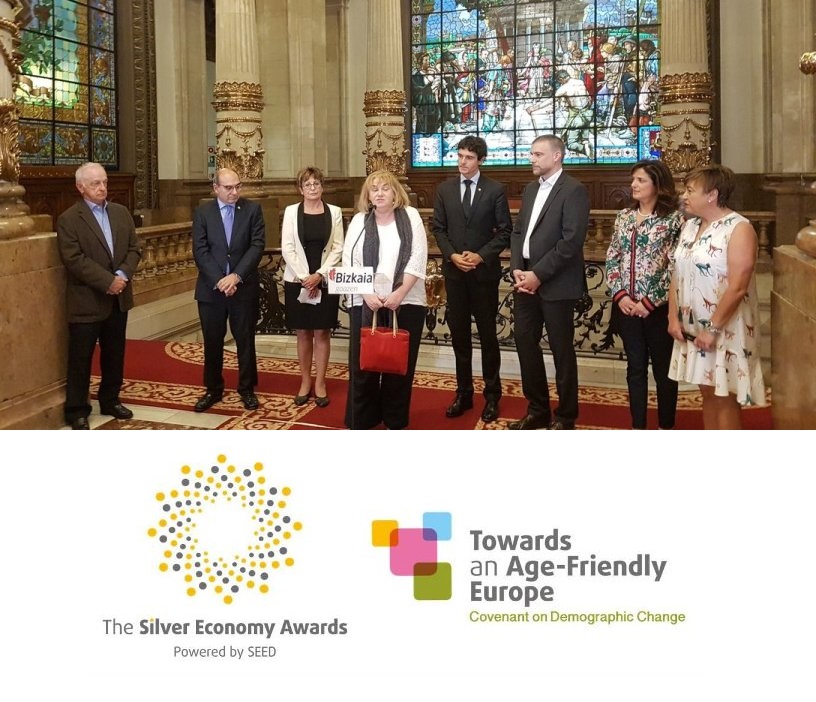 The Consortium of the SEED project is pleased to announce the handover of the European Silver Economy Awards to the Covenant on Demographic Change. The official handover ceremony took place in Bilbao, Spain during the Covenant’s General Assembly, on Wednesday 26 September 2018. The General Assembly has been organised during the AAL Forum and the Bizkaia Silver Week, where finalists and winners of the first Awards’ edition had the chance to present their solutions in a dedicated street marketing booth.

The Covenant on Demographic Change - in which AGE Platform Europe is actively involved as a member and in the running of the secretariat - has been alongside the Awards since its launch in October 2016, supporting the Awards’ objective to foster European partnership under the common vision of an age-friendly Europe. The European Silver Economy Awards have been launched by the EU-funded SEED project to recognise and reward innovative technology-based solutions from all Silver Economy sectors, to raise awareness of the potentials of this section of the economy and to bring together European stakeholders under a common goal: supporting and improving the quality of life of older persons in society. The inaugural Awards Ceremony took place on 3 May 2018 at the Committee of the Regions in Brussels.

Two years after the launch, from October 2018 onwards, the Covenant will take over the reins of the European Silver Economy Awards. With its commitment to encourage collaboration and knowledge exchange, the Covenant on Demographic Change will take the European Silver Economy Awards a step further towards finding evidence-based solutions that support active and healthy ageing as a comprehensive answer to Europe’s demographic challenge. 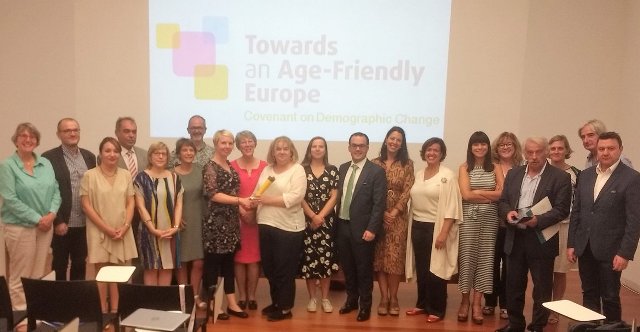