On the occasion of the International of Persons with Disability, around 400 politicians, high-level experts, civil society representatives and self-advocates, came together to discuss the future shape of the next European Disability Strategy (2020-2030). The event, hosted by the European Commission, in partnership with the European Disability Forum (EDF), is part of the EU's wider efforts to mainstream disability issues and to raise awareness of the everyday challenges faced by persons with disabilities.

This is only the starting point of the reflections, but the larger frame in which the next Disability Strategy will be enshrined is already known, namely the UN Convention on the Rights of Persons with Disabilities (UNCPRD), the Sustainable Development Goals and the European Social Pillar of Rights. It will also be built on the evaluation of the current strategy (2010-2020) and on the input of relevant stakeholders that will be collected during a public consultation from April to June 2019.

A small survey carried out during the event showed that the four priorities for the next strategy should be:

Taking advantage of this event, the European Commission pointed out the step forward made with the political agreement on the European Accessibility Act reached in November by the European Parliament and the Council of the European Union. Yet, representatives of persons with disabilities highlighted the gaps of that agreement and the need to continue working on this issue using additional legislative tools, such as the Equal Treatment Directive. 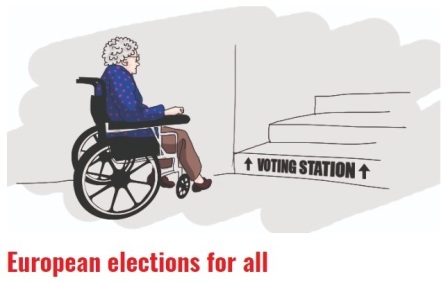 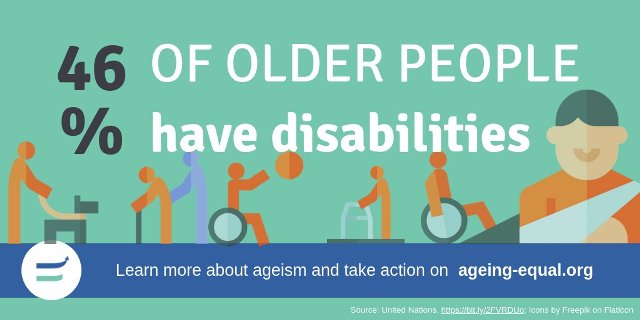 According to the United Nations, it is estimated that 15% of the population worldwide, or some 1 billion individuals, live with one or more disabling conditions. More than 46 per cent of older persons – those aged 60 years and over—have disabilities and more than 250 million older people experience moderate to severe disability. These issues are clearly crosscutting, this is why AGE closely collaborates with EDF on different issues notably the European Accessibility Act, but also closely monitor the implementation and work linked to the UNCPRD.

Wednesday May 27, 2020
COVID-19 and care for older people: The urgent wake-up call of the Council of Europe's Human Rights Commissioner
Tuesday April 28, 2020
People of all ages need to build together a post-pandemic world designed for everyone and for the planet
Thursday April 09, 2020
COVID-19: with great challenge must come great solidarity
Friday April 03, 2020
EU Commissioner for Equality reaffirms older persons' rights in time of COVID-19