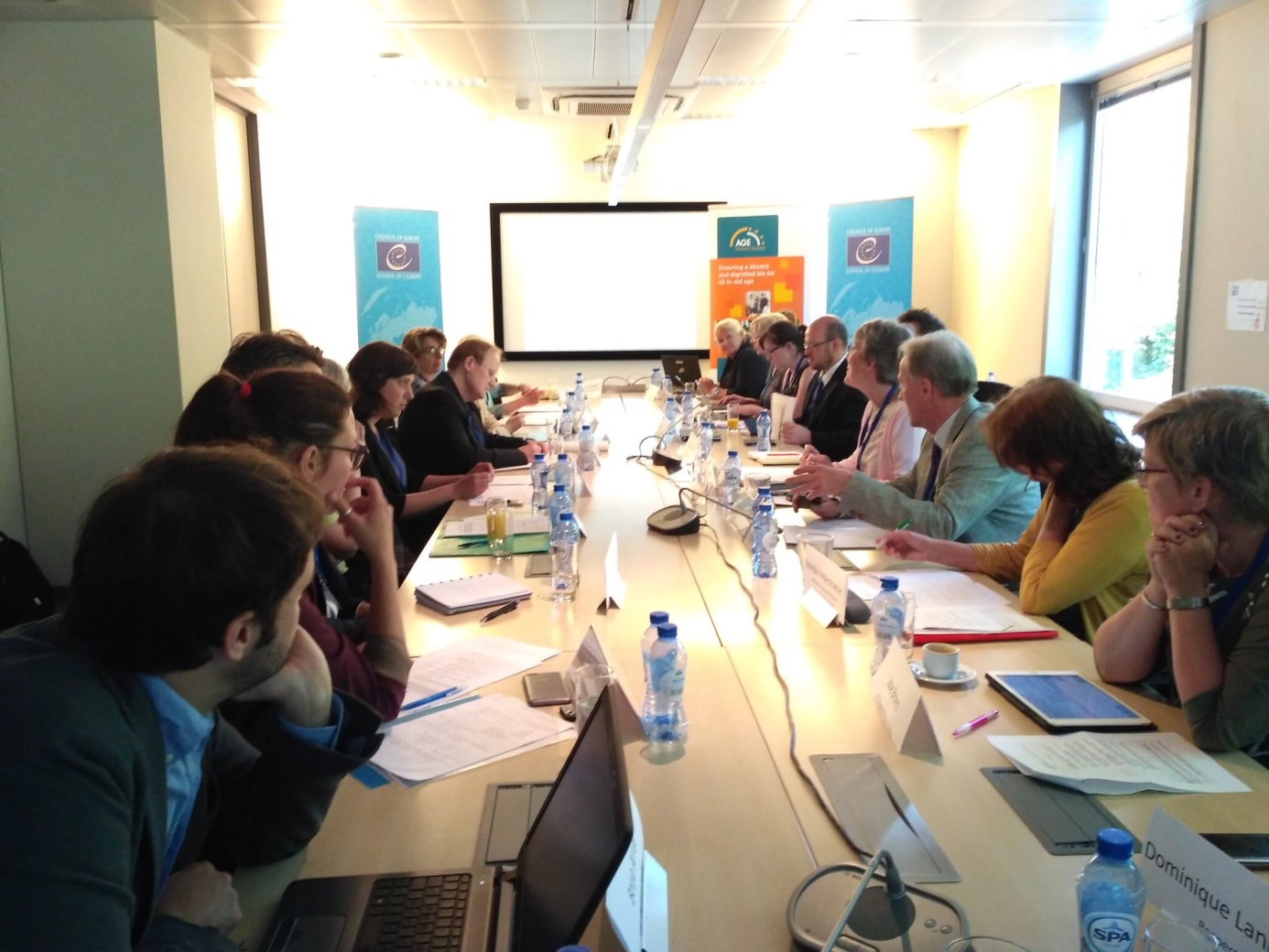 Last 14 June on the occasion of the 12th World Elder Abuse Awareness day AGE organised jointly with the European Commission, the Council of Europe and Victim Support Europe a workshop on the protection and support of victims of elder abuse. It took place at the Brussels office of the Council of Europe and it built on the successful events around elder abuse organized in previous years.

This year's event was a small format workshop that gathered around 25 individuals from victim support services, organisations of older persons, members of AGE’s task force on Dignified Ageing, European policymakers and academics. In order to complement the findings cumulated during last years’ events, which focused on preventative measures, the workshop reflected on the protection and support measures that older persons who have suffered abuse and violence should be able to access.

Identifying the specific needs and vulnerabilities of victims of elder abuse

Following the opening remarks of the organisers, the workshop discussed how the victims of elder abuse fit into the wider picture of victims’ issues. Participants agreed that the general needs of all victims also apply to the victims of elder abuse. They furthermore explored the specific needs of older victims taking into account the situations of vulnerability where they suffer abuse and violence. The obstacles older persons face in reporting and accessing protection were also discussed. Those obstacles range from lack of awareness to feelings of powerlessness driven by societal ageism. The European Commission explained the scope of the 2012 Victims’ Rights Directive and highlighted that its provisions can only apply if EU countries consider elder abuse as a crime. Such a finding opens important perspectives for advocacy at national level.

Bridget Penhale, member of AGE’s task force on Dignified Ageing from the University of East Anglia, presented the awareness raising materials developed by Mind the Gap, a European project that aimed at increasing the level of reporting of violence against older women. The materials could be adapted to cultural variability and used to raise awareness among victims of elder abuse.

Participants could hear from the experiences of helpline services for older persons at risk of suffering abuse, e.g. those of Respect Seniors in Belgium and Telefono Anziani Matrattati in Italy. Such services were identified as good means of informing and supporting older persons and those witnessing elder abuse. Participants highlighted the importance of not ignoring the personal circumstances of offenders and victims. In this line, the workshop explored how, under certain conditions, a dialogue between the victim and the offender organized according to the methods of “restorative justice” can offer relieve and contribute to preventing further abuse and violence. Whereas greater awareness of elder abuse among police forces is essential, participants agreed that ‘grey zones’ in elder abuse should not be neglected and that stressing prevention through support for informal carers and improvement of working conditions of professional care workers is a key action.

The findings of the workshop will orientate AGE’s work around elder abuse in the coming months and will help better integrate the victim dimension in it. They also strengthen AGE’s positions in view of the discussions on elder abuse at the 2017 Open-Ended Working Group on ageing of the United Nations. The conclusions will also contribute to AGE’s work on influencing the revision of the Council of Europe’s Recommendation on the rights of older persons, which will take place in 2019, and the revision of the Recommendation on victims of crime.

You can access the report of the workshop here.

If you need more information you can contact Borja Arrue, AGE's Project and Policy Officer responsible for long-term care and elder abuse: borja.arrue@age-platform.eu