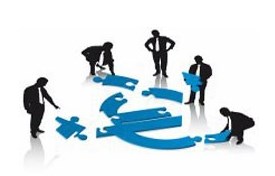 Europe 2020 Strategy has been introduced to address various shortcomings of the EU growth model and to create the conditions for a different type of growth that should be ‘smarter, sustainable and inclusive’. For AGE, as other social NGO, the key objective is to challenge in the current national reforms the overwhelming focus on economic objectives. When proposing solutions to exit from the crisis, most national governments fail to support the ‘inclusive growth’.

Looking in practice, the delivery of Europe 2020 relies on the new governance structures and processes. At the heart of these is the European Semester, an annual coordination process, in which the European Commission evaluates whether and to what extent the commitments undertaken by the Member States allow the EU to meet the five headline targets defined in the Europe 2020 Strategy.

The European Semester is the major policy coordination cycle in the area of social and economic policies of EU member states. During this cycle, the European Commission assessed the national situation of each member states (the ‘Country Reports’ in February), member states express their desires for reforms (the ‘National Reform Programmes’ in April) and the Commission and Council adopt recommendations (‘Country-Specific Recommendations’ in May/June) for each member state on where to reform social and economic policies.

You may listen to this audio podcast for further explanation on the European Semester objectives and process.

Members of the Task Force are actively engage in the European Semester at national level to influence governments’ proposals in the economic, structural and social areas. Under the supervision of AGE Council members the TF facilitate and coordinate AGE members’ action and contribution to the European Semester at EU level, in particular through their work on National Reform Programs (NRPs) National Social Reforms (NSRs). Members of Task Force:

AGE news on the European Semester

Other EU news on the European Semester