Towards a fairer digitalized Europe for all consumers 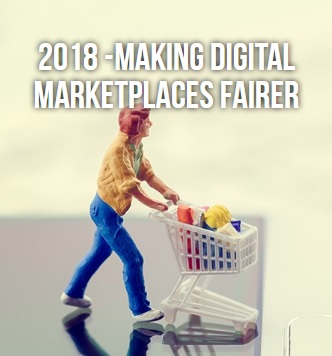 Celebrated on 15th March, the 2018 World Consumer Rights Day called for making digital market places fairer. With the rapidly growing digitalization of many goods and services older consumers face increasing risk of digital exclusion, as 2017 EU data shows. AGE joins that global call for more inclusive digital products and services which comply with the design-for-all principles and enable universal access to goods and services to European consumers of all ages.

The rapidly growing digitalization taking place in Europe is opening new opportunities to address some key societal challenges such as population ageing and environmental issues, namely with regard to sustainable health, mobility and social interactions. However if we want  digitalization to bring real benefit to society without creating further inequalities and exclusion, improvements have to be made in terms of accessibility, usability and consumer protection - including personal data protection and protection against financial abuse.

More and more essential products and services are being digitalized, but many older consumers experience difficulties in accessing them, e.g. accessing online public administrative documents and information, paying for goods and services they wish to purchase, trying to withdraw cash or managing their assets online.

Financial services at the forefront of digitalization

To help address the issue, AGE has joined the EU-funded Pay-Able platform for accessible payment terminals. We are also actively participating in the Financial Services User Group (FSUG) of the European Commission which aims at involving users of financial services in policy-making. Last but not least, AGE leads the informal working group on accessibility within the Euro Retail Payment Board of the European Central Bank.

Digitalization as a top priority on the EU agenda

At EU level, some important legislative initiatives have been adopted. Namely the EU web accessibility directive (adopted in October 2016) will have to be transposed at national level by EU Member States by September 2018 and the revised Payment Services Directive for safer and cheaper payment across EU countries came into force in January this year. 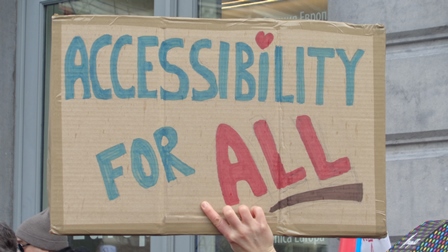 The most awaited EU initiative in relation to accessibility – including in the digital field –undoubtedly remains the proposal for a European Accessibility Act, tabled by the European Commission in December 2015. The Act fulfils the EU obligation to comply with the United Nations Convention on the Rights of Persons with Disabilities (UN CRPD), ratified by the Union in December 2010.

Together with the European Disability Forum (EDF) and the European association representing consumers in standardization (ANEC), AGE calls for the adoption of an ambitious Act as a key instrument to enhance the rights of all consumers within the EU, including persons with disabilities and older persons. At the moment, the text is under tripartite negotiations between the Council of the EU, the European Parliament and the European Commission.

Standards as a route to consumer protection 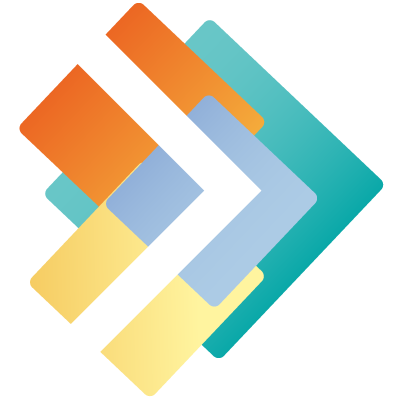 Because good standards can help make the digital market place fairer, AGE is involved in several standardization fora as well as in the PROGRESSIVE project. The project examines standardisation needs in the field of information and communication technologies (ICT) for better usability, quality and safety of products and services in the context of an ageing population.

On World Consumers Day, the project called on manufacturers, service providers, policy makers and standardisers to increase the engagement and inclusion of older people in the standardisation process so that the digital world becomes more age-friendly.

Defending older consumers’ rights is even more important as the European Union is seeking to promote the Silver Economy, in order to take advantage of the potential of economic growth offered by the increasing number of European seniors. Bringing older people’s perspective in that debate is therefore essential to make sure the sector effectively meets their preferences and delivers truly inclusive growth.

This is the ambition of the first European Silver Economy Awards, developed by the SEED project, in which AGE is involved. The project aims at promoting the development of innovative digital Silver Economy solutions with a clear impact on the quality of life of older people. The Awards Ceremony which will be held on 3 May at the Committee of the Regions will be the opportunity to learn more about the nine finalists who will present their solutions and to award three winning applications.