The importance of adopting a rights-based and life-course approach to ageing and promoting cooperation between generations to combat ageism was the topic of our joint annual conference on 18 November 2021. Prepared during the Slovenian Presidency of the Council of the European Union, the conference was organised in cooperation between the Slovenian Ministry of Labour, Family, Social Affairs and Equal Opportunities, AGE Platform Europe and the Federation of Pensioners’ Associations of Slovenia (ZDUS).

As we are living longer, promoting healthy ageing and the participation of older people in society should be a critical policy priority to make demographic change sustainable and an opportunity for all of us. But this will not be possible unless we combat ageism which is the major barrier to social inclusion and participation. 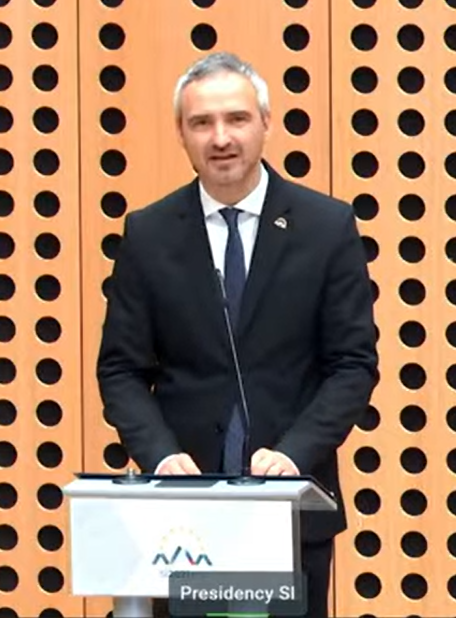 “Ensuring the full participation of older persons in society requires treating them as full members of our societies”, stated Janez Cigler Kralj, Slovenia Minister of Labour, Family, Social Affairs and Equal Opportunities in his opening speech.

Adopting a rights-based and life-course approach to ageing will help recognize that we all have the same rights regardless of our age. This approach has been promoted by the Trio declaration made up of Germany, Portugal and Slovenia, as explained the Slovenian Minister. The Trio committed to supporting the full enjoyment of human rights of older people and put the issue of facing demographic challenges high in the political agenda. The ‘Trio Declaration on Ageing’ published in December 2020 called for a joint approach in EU ageing policies that should: be rights-based, integrate a life-course perspective, be cross-sectorial and value older people’s contribution. (Read our article)

Coordinate action against ageism is all the more necessary as age-discrimination remains highly prevalent in our society. 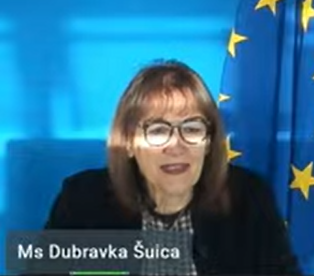 Recalling the commitment of the European Union to combating social exclusion and discrimination, to promote equality, as enshrined in EU treaties and the EU Charter of Fundamental Rights, Commissioner Suica insisted that “discrimination of any kind has no place in our society”. Living longer is a success story and we need to address the opportunities and challenges that this change bring to society and economy. This is the objective of the EU Green Paper that launched a discussion on how to deal with the impact of demographic change on all age groups.
The European Commission is also foreseeing the launch of an EU Care Strategy to prepare for the expected growing demand in long-term care. This Strategy will bring up proposals addressing the needs of all generations and of both people in need of care and those providing it. 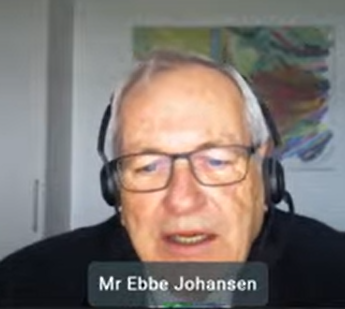 The work of the EU Trio Presidency was also hailed by AGE President, Ebbe Johansen, who congratulated the German, Portuguese and Slovenian Presidencies for their coordinated work on ageing. AGE President also welcomed the European Commission’s Green Paper on Ageing, hoping that it will be followed by concrete actions as part of its commitment towards a "Union of Equality" (read our Special Briefing).

As AGE celebrates its 20th anniversary, AGE President further encouraged governments for the years to come to “lead with older people to champion human rights for all ages”. (Read our September Briefing)

Combating Ageism: Towards a Rights-Based Approach to Ageing

"Age discrimination is discrimination against everyone as longevity increases", highlighted Claudia Mahler, UN Independent Expert on the Enjoyment of All Human Rights by Older Persons, Office of the High Commissioner on Human Rights. 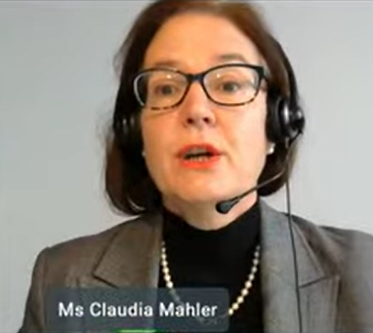 Yet, age is not explicitly mentioned as a ground of discrimination in United Nations’ standards. “This is why we need a UN Convention on older people's rights”, argued the UN Expert.

The COVID crisis showed how ageism is often overlooked. But it is also the opportunity to give more visibility to older people's human rights and advance them, provided we avoid negative narrative and stop labeling older adults as vulnerable and frail.

Fighting ageism and age discrimination requires the cooperation of different UN agencies. Mrs Mahler referred to the Global report on Ageism, which presents the latest evidence on the nature and magnitude of ageism, as well as its determinants and impact. As the World Health Organisation (WHO) demonstrated, ageism has a long-term effect on health, human rights, quality of life, physical and mental health, and loneliness, and needs to be tackled in a wider perspective.

The UN Expert highlighted the importance of an intersectional approach: Understanding how age intersects with other inequalities, gender, disability, health status, migrant status, socio-economic status, ethnicity… is critical to address the needs of all in older age. Older women, e.g., are facing specific barriers, often linked to their caring responsibilities, and during COVID-19, older people with ethnic background were more at risk. Introducing a human rights-based approach into EU policies will help develop a human centered approach.

The impact of ageism and the intersectional dimension were further showcased by Vânia de la Fuente-Núñez from the World Health Organization (WHO), who provided some key insights about WHO’s Global Report on Ageism and Global campaign.

Using a Life Course Perspective to Shift Attitudes to Ageism

Adopting a life-course perspective on ageing can change our attitude to ageing. It will help see ageing it as normal lifelong process and older people as diverse individuals with multiple life experiences. It would also make connections between generations more evident, as participants in the second panel discussion explained. 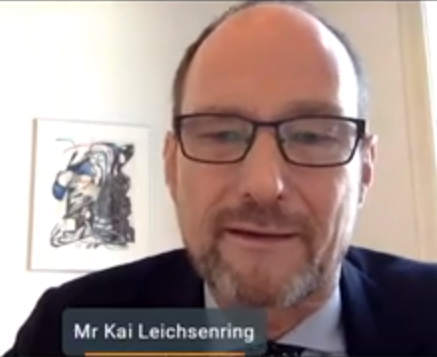 Kai Leichsenring, Executive Director, European Centre for Social Welfare Policy and Research, defined ageism as the “stereotypical construction of older people, ageing and old age”, and made a distinction between the different manifestations of ageism: at institutional, interpersonal and individual (self-directed) levels. In his presentation Mr Leichsenring looked at what kind of policy initiatives can bring about structural changes. He suggested solutions such as alternating periods of “re-training” and care activities throughout the life course and during which income would be guaranteed (thanks to so-called “life-coursed transition benefits”). This approach would help remove boundaries based on chronological ages and design more opportunities for “second and third chances”. He furthermore called for better consideration of unpaid work over the life-course. He ended up reminding the need for mainstreaming ageing by working across all sectors and levels of governance to overcome institutional ageism.

Adressing older people's rights, Mrs Gaucaite Wittich from UNECE hailed some positive initiatives at global level, but stressed the need to do more. For instance, SDGs does not really recognize the demographic change and consider older people mainly as vulnerable. And the Madrid International Plan of Action on Ageing (MIPAA) focused on realizing the full potential of older people, yet 20 years after its adoption, there is still no tangible progress and limited attention is given to the global population ageing. 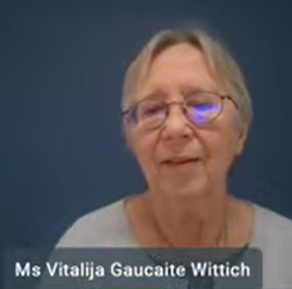 “If we only perceive longevity as a fiscal burden, we won’t really tackle inequality issues”, stated Mrs Gaucaite Wittich, pointing to the large diversity of the older population.

For the UNECE representative, digitalization is a major area where older adults are discriminated and where the generational divide is more evident. Unlike younger people, older people are "immigrants in the digital world". There are many factors that explain the digital divide and taking all of them into account is key to ensure proper policy response.

Mrs Gaucaite Wittich further regretted that too much emphasis is put on pitting a generation against another, namely in the current debate around climate change and digitalization.

Older and younger people have common challenges, she stressed. 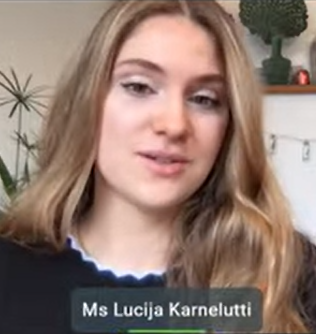 “We are either too old or too young and portrayed in a stereotypical way. We need to join forces against discrimination and adopt a life-course approach to face inequalities throughout life”.

Addressing common challenges is the goal of our longstanding cooperation with the European Youth Forum, namely on the occasion of the EU Day of Solidarity Between Generations on 29 April. We also denounced increasing age stereotyping during COVID19 (Read our joint press article).

Intergenerational cooperation as a way to combat ageism

Promoting solidarity and cooperation between generations will help break down age stereotypes (both about young and old age) and value the contribution of all age groups in society, concluded participants in the last panel discussion.

The strong social representation of generations has been reinforced during the pandemic, depicturing older persons as ‘frail’, ‘victims’, while younger persons seen as ‘invincible’ and responsible for the spread of COVID. This stereotyping narrative increased ageism.

To fight stigma and negative attitudes towards ageing, intergenerational exchanges need to be fostered in many areas: education, labour market, lifelong learning, cities and communities, etc. 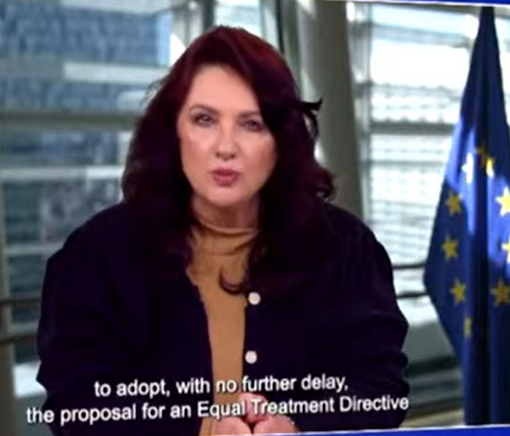 In a video message, Mrs Dalli highlighted initiatives of the European Commision to address: 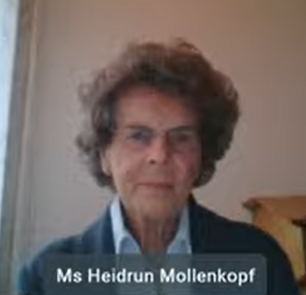 Speaking on behalf of AGE, Dr Heidrun Mollenkopf from BAGSO, the German National Association of Senior Citizens' Organisations, and former Vice-President of AGE Platform Europe, strongly encouraged the next presidency to continue the work made under the Trio Council Declaration to advance the realisation of all human rights. Mrs Mollenkopf called for an EU Age Equality Strategy and for a stronger international legal framework such as a United Nations Convention to close existing gaps in the protection of older people’s rights and make sure human rights are protected for all ages 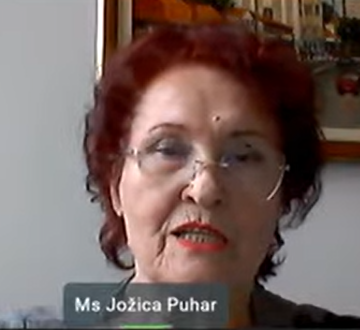 As a follow-up to the EU Green Paper on Ageing, Jožica Puhar, Vice-President of ZDUS - Slovenian Federation of Pensioners’ Associations, called for a White Paper on Ageing to support concrete action. She also called for expanding EU funding for intergenerational initiatives and increase awareness of ageism in schools and among older people themselves.

Combatting ageism is a very topical issue and needs to be placed high on the agenda, along with climate change and technological innovation, concluded Cveto Uršič from the Slovenian Ministry, in his closing speech. 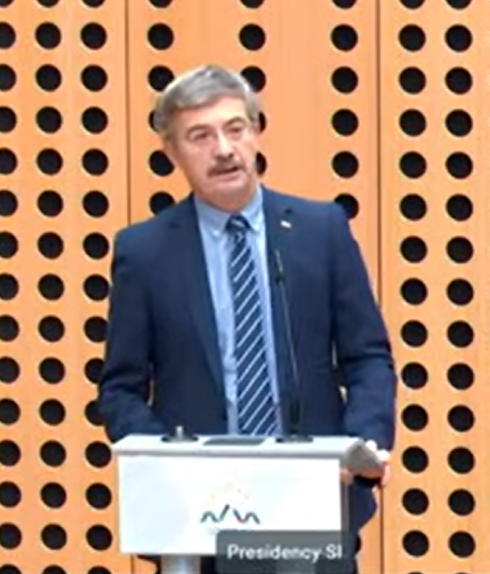 “Ageing starts from birth on, we must get rid of our narrow understanding of old age”, insisted Mr Uršič.

The Slovene Minister further invited the upcoming EU Trio Presidency to build on the recent achievements to address ageing in terms of human rights. 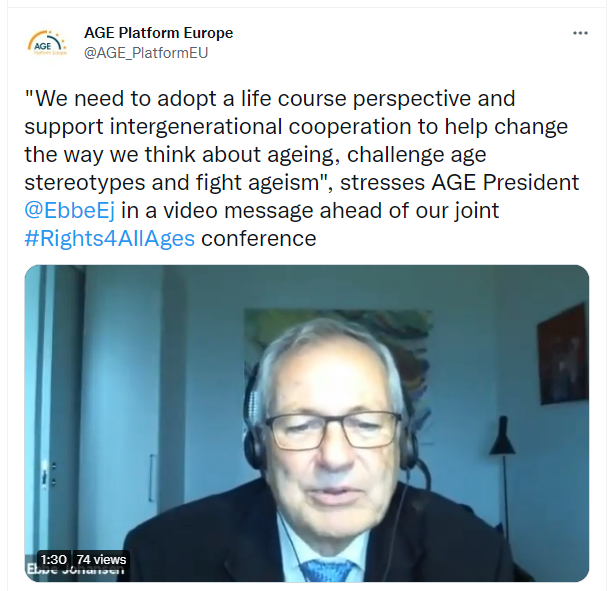