As soon as it became clear that the COVID19 was an unprecedented health threat for humankind around the globe, citizens of all ages started spontaneously to join forces to thank healthcare staff at the front line for their priceless dedication, and support those particularly challenged by the lock-down and social distancing measures. Their efforts were soon reinforced by initiatives taken by organized civil society which seek to mobilise wider groups of active citizens of all ages in coordinated initiatives to tackle the most urgent needs beyond healthcare.

AGE members joined this large-scale mobilization and have been particularly active since the crisis started, going sometimes well beyond their usual mission of self-advocacy and educational/social activities for older persons. They adapted very quickly to the new circumstances to combat isolation and loneliness while combating ageist attitudes that have been popping up everywhere, fueled by media coverage and statistics which tend to picture COVID-19 as an “older people’s” crisis.

The Slovenian senior organisation (ZDUS) adapted its existing ‘Seniors help Seniors’ programme and provided information on assistance needed to other organisations and authorities, with the aim that younger volunteers can help older people  who are now isolated at home, including ZDUS’ older volunteers. In addition to this, many co-ordinators and older volunteers have started producing protective masks. Initially for their own use, and then for other people who most need them. Many masks were provided to Civil Protection representatives to be handed over to older persons when they would visit them at home.

The Spanish Red Cross has adapted its programmes to inform older persons on how to protect themselves. Red Cross volunteers call them to check their health and remind them that they are there if they need help. The capacities of the teams and resources available throughout the territory have been strengthened, along with training on the self-protection of the personnel, basic hygiene measures, as well as the transmission of key messages and the fight against stigma. The Spanish Red Cross has more than 200,000 volunteers of all ages in more than 1,400 towns and cities throughout Spain. 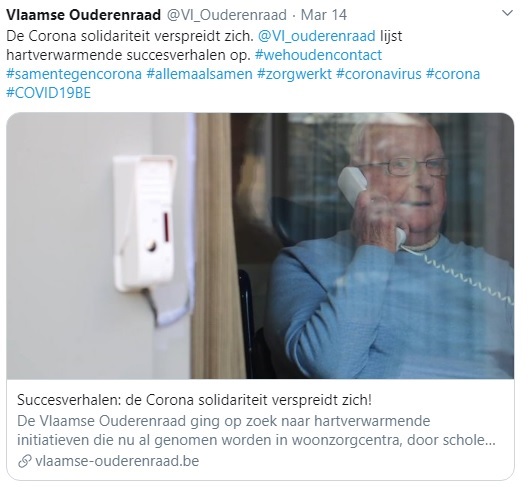 In Belgium the Flemish Older Persons Council (Vlaams Ouderenraad) and its members have been highly active in raising awareness, highlighting inspirational practices and tips to make older people feel connected, included and provided for. Older people’s organisations in Flanders are actively trying to reinvent their role, searching for new ways to play a meaningful role in the lives of older people and those around them, despite these unprecedented and highly challenging circumstances.

The common message which comes from all these grassroot initiatives is that older persons want to play an active role in the recovery process and do not agree to be parked aside from society on the sole ground that they have reached a certain chronological age and are considered as belonging to the group most at risk of severe health complications if they get infected.

Older citizens’ voice has been heard at European and international levels

Thanks to the strong mobilisation of AGE and its members, huge progress have been achieved in raising awareness of the negative impact pervasive ageism has on older persons’ human rights and how these challenges are exacerbated by the COVID-19 crisis.

In the last month, AGE has been consulted and participated in several high-level meetings with the European Commission where we could make concrete proposals regarding potential issues around older persons’ rights.  For ex. when governments start lifting lockdown measures, AGE network stressed the need to ensure that older persons are not expected to remain confined forever on the ageist assumption that this is necessary to allow younger generations to go back to work and at school. Working people will need more than ever the support of grand-parents and older informal carers to be able to go back to work!  Likewise, for the economy to recover, household spending needs to be encouraged.  To reach former levels of consumption expenditure, older persons need to be able to participate in the recovery efforts as consumers and retail investors, as they did before the crisis started.  In our ageing societies, the contribution of older consumers to the economy is huge and should not be ignored but on the contrary supported. 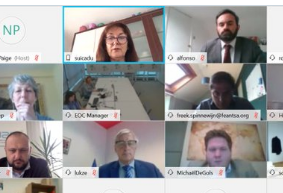 On 29 April, AGE participated in a virtual meeting called by European Commission Vice-President for Democracy and Demography Dubravska Šuica, Commissioner for Equality Helena Dalli, Commissioner for Health and Food Safety Stella Kyriakides, and Commissioner for Jobs and Social Rights Nicolas Schmit. AGE Secretary General Anne-Sophie Parent asked the Commission to publish EU guidelines for long-term care services to ensure they draw the lessons from the COVID-19 and improve their ability to cope with pandemics.  AGE also asked the Commission to engage older citizens’ organisations in the debates around the EU Action Plan on the implementation of the EU Pillar of Social Rights and the Roadmap to COVID-19.  AGE concluded its input reminding the Commissioners of the need to engage both younger and older citizens in the design of longer term recovery initiatives and build synergies between EU action on COVID-19 and the EU Green Deal to ensure these two key challenges facing humankind will be addressed through mutually supportive action.

The strong mobilization of AGE network and the contributions we sent to the UN High Commissioner of Human Rights has also helped put older persons’ rights at the top of the agenda of the United Nations.  On 1st of May the UN Secretary General Antonio Guterres issued a policy brief on the impact 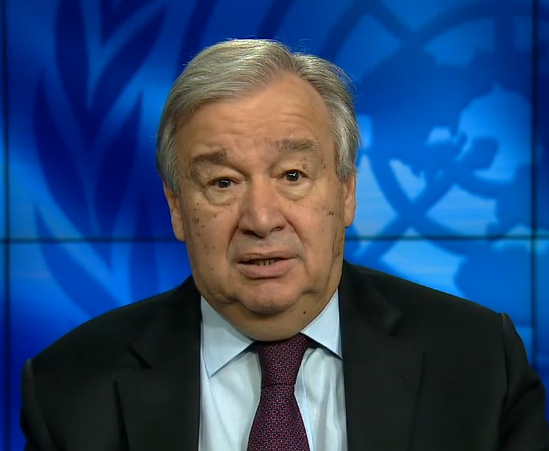 of the pandemic on older people, calling on UN member states to “recognize the important contribution of older persons to the crisis response, including as health workers and caregivers. Each of us – States, businesses, international organizations, companies, communities, friends and family – need to step up our effort to support older persons. We must do everything possible to preserve their rights and dignity at all times.”  On 11 May, 140 member states of the United Nations co-signed a strong statement in support to the UN Secretary General policy brief. (read our press release)

We are very pleased to see that all EU member states and the EU itself have co-signed this historical statement committing to do everything possible to preserve the rights and dignity of older persons at all times! An objective AGE and its members have been pursuing for more than 10 years since the network got engaged in the debates of the UN Open Ended Working Group on Ageing. 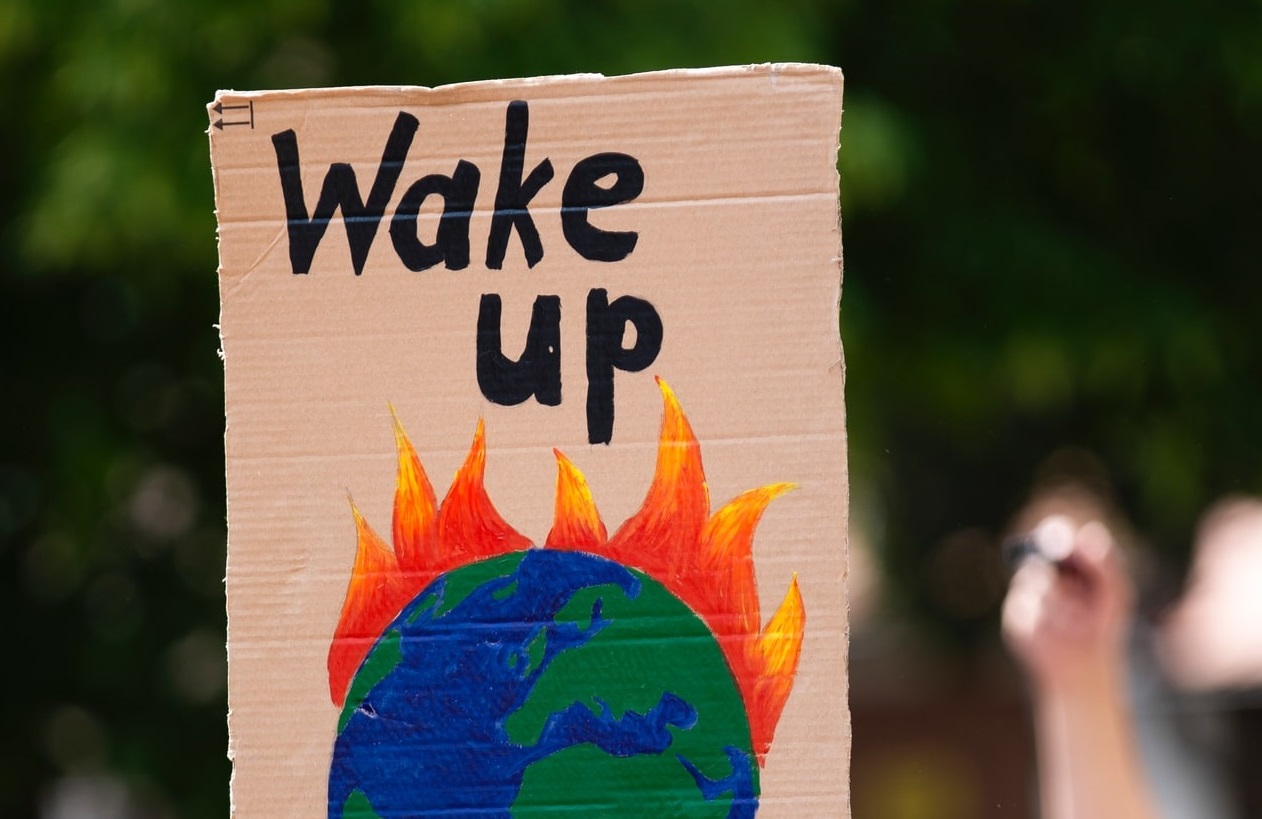 As we highlighted in our joint press release with the European Youth Forum to mark the EU Day of Solidarity between Generations, time has come to reinvent completely the way our societies are functioning and tackle climate at the same time as the risks of future pandemics. Both crises are clearly linked to globalization and need to be addressed together to save humankind and ensure that current and future generations will have a decent future to look forward to. AGE and its members remain committed to working all together and joining forces with younger people.

Visit our COVID-19 webpage for further news and initiatives

Monday October 12, 2020
COVID-19: Did it change the way we address age and ageing?
Monday October 12, 2020
Joint Presidency-Civil Society conference addresses older persons' rights in times of digitalisation
Thursday September 10, 2020
Back to business as unusual: With COVID-19, the Green Paper on Ageing must consider ageism & human rights
Tuesday June 16, 2020
From discrimination to abuse in older age: the insidious process brought to light by COVID-19