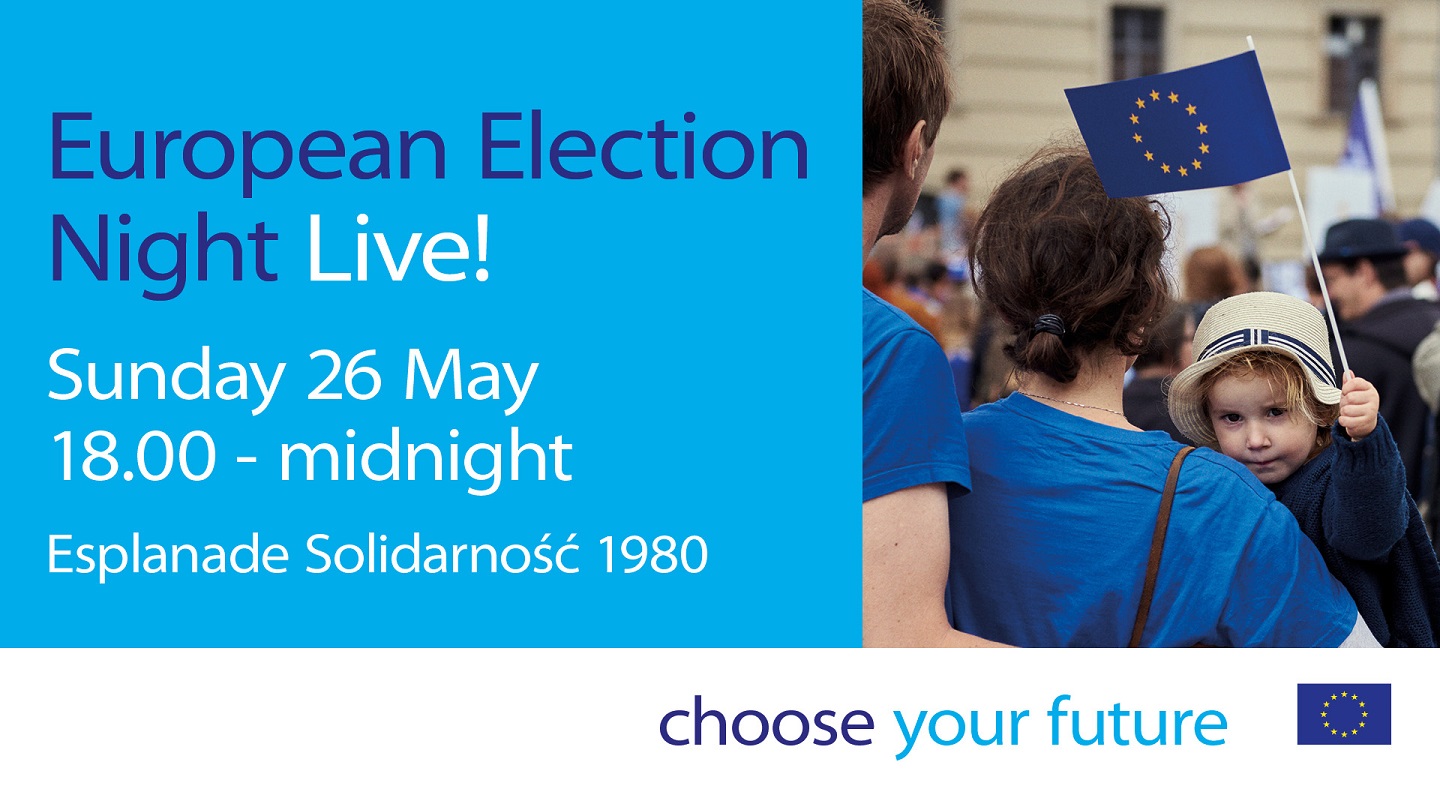 In the hour before the announcement of the results of the EP elections on 26 May, AGE’s Policy Officer Philippe Seidel was invited by the European students’ organisation AEGEE to discuss about participation in elections with younger people on the Esplanade of the European Parliament in Brussels. 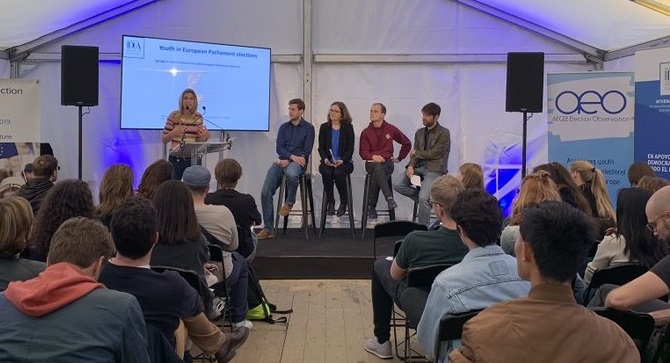 Frustration of younger people with politics

A lot of frustration can be felt when discussing with young people about participation in elections. In front of an audience of election observers of AEGEE, Ville Majamaa, Vice-President of the European Youth Forum, presented the #ChangeIsComing campaign and claimed that the youth are underrepresented in politics, pointing out the average age of MEPs around 53 years and the very few young candidates on the list of political parties. Still, all lead candidates have signed up to the Youth Forums’ election pledge, now they need to be held into account to implement youth-friendly policies and turn the dialogue with youth into something meaningful. The Youth Forum feels that the ideas from youth in this dialogue more often end up in the institutions’ drawers than in real initiatives. A participant asked about why older people support populist parties.

AGE was tasked to give a counterpoint to the youths’ concerns. While this seems counterintuitive, the representation of older people of pension age - aged 70+ - in politics is actually also very low, and senior organisations within political parties have also to struggle to make themselves heard. AGE highlighted that older voters tend to have much higher turnout rates than younger ones, stick more often to the political choices they have done in the past and make their decision earlier about whom to vote for. Therefore, older voters should also be seen as a factor of stability. The societal shifts of the past 40 years are now visible within older voters, as many older people now also vote for less traditional parties such as the Greens or the Liberals.

Drivers for populist sentiments in younger and older voters

However, the concern about populism or older voters thinking about their own interest rather than the one of their grandchildrens needs rebalancing. Mr Seidel took the example of the Brexit referendum, where many older voters supported Brexit, as a case in point: when looking at other variables, beyond age, the picture is less clear: more voters in rural areas or in declining industrial areas, and people with low educational attainment have voted for Brexit – regardless of their age: While 80% of low-educated older people have voted for Brexit, 70% of younger low-educated did as well. It is the case that older people have less benefited from educational opportunities, are more often living in rural areas and have a direct personal experience of declining industry.

'Rather than age, the policies leading to the declining offers of services in smaller communities and the failure to anticipate industrial decline and restructurings are to blame for the feeling of disenfranchisement that is present in many age groups – maybe more often so among older persons', argued Philippe Seidel.

Participants agreed that many policies that might seem to oppose age groups actually are in a common interest of younger and older people: lack of accessible health services harms people of all ages with chronic diseases, and shifts the care burden to younger family members. Precariousness of new types of jobs reduce young peoples’ pension prospects and create a contribution gap to finance current pensioners’ main and often only source of income. Rather than pitching generations against each other, more structures should be created to foster intergenerational dialogue and identify those common interests.

Participants in the panel agreed that more debate and engagement is needed to counter the ‘atomisation’ of society into fragmented individual interests and build a wider common understanding for the challenges we are all facing.