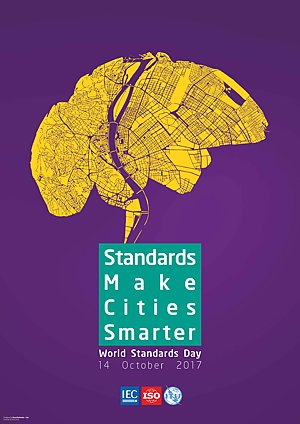 14 October is World Standards Day. This year focuses on the role of standardisation in building smart cities: a perfect occasion for AGE Platform Europe to raise awareness on how standards can help urban environments to better meet the needs of an ageing population.

Smart cities (based on the use of information and communication technologies - ICT) have the potential to help address some of the most pressing societal challenges, including the ageing of the population. But it can also lead to further inequalities and exclusion if not implemented adequately. This is where standards are important: AGE believes that, in order for cities to be inclusive to all whatever their age and ability, some criteria in terms of accessibility have to be met.

Standardisation is also addressed by groups such as the European Railway Agency for Railways or the Euro Retail Payment Board where AGE has nominated experts.

Having been involved in European standardisation for a few years now, AGE Platform Europe regularly calls for more cooperation of standardisation bodies with civil society and end users organisations.

Yet again, in the frame of the PROGRESSIVE project, AGE will contribute to the development of guidelines for standardisation bodies to develop standards that support the creation of age-friendly environments. The project will also aim to explore the way that the voice of older people can be heard more loudly within the standardisation process.

For more information on the PROGRESSIVE project, you may contact Estelle Huchet, estelle.huchet@age-platform.eu

Thursday February 06, 2020
We are not all 'old' at the same age: life expectancy is a policy matter
Tuesday December 17, 2019
How to better protect human rights in older age? AGE responds to UN consultation
Monday December 16, 2019
Environment matters to everyone, including older persons
Monday December 09, 2019
Make us social advisory partners of upcoming EU investment programme!