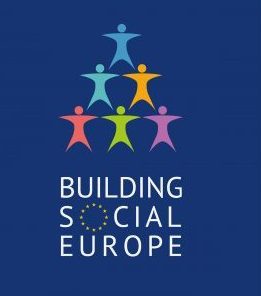 Following the two-day conference of NGOs hosted by the Portuguese government to mark the first anniversary of the Pillar of Social Rights, AGE joined the Social Platform to call EU and national leaders to take urgent action to build a more social Europe.

In November 2017 EU Heads of State, the European Commission and the European Parliament proclaimed the European Pillar of Social Rights, promising a renewed commitment to Social Europe. One year later we remain concerned about the lack of ambition and urgency in policy reform and implementation at both EU and national levels. We therefore sent a joint letter to all EU institutions and heads of governments and relevant Ministers of EU member states, in which we emphasize the following three key messages.

Although the 20 Principles of the Social Pillar create an important political momentum and are a step in the right direction, more concrete and urgent EU and national proposals are needed to turn them into action.

To help move ahead, the principles of the Pillar should be adequately translated into key EU instruments, such as the European Semester and the EU Multiannual Financial Framework (MFF).

and make sure social cohesion and environmental sustainability are core objectives of economic and monetary policy reforms, not an add-on.

Read the full joint letter on the Social Platform website

Read our article on the EU Pillar’s first anniversary