What links can be made between the European Pillar of Social Rights and the European Semester? On 2 October 2018, AGE participated in a policy seminar organised by the European Commission’s Directorate-General for Employment, which included many representatives from civil society organisations. AGE members from the UK, Netherlands, Hungary, Malta and Ireland participated in the debates.

The day was started by Céline Thévenot from the Organisation for Economic Co-operation and Development (OECD), who presented research on inequality and social mobility. After presenting the increases of inequality since the onset of the economic crisis in all OECD member states, she showed how member states’ performance in educational, monetary and professional mobility was closely linked to levels of inequality. She noted that the ratio between richest and poorest is now 1:10 while it was 1:7 in the 90s. The increase in levels of inequality result in ethical, social, economic and political consequences. Ms Thévenot used a metaphor of “Sticky floors and sticky ceilings”. The sticky floors impede the progress of children from poor families while sticky ceilings serve to protect the interests of children from richer backgrounds. It takes five generations for children of poor families to reach an average income level.

Adeline Otto of the KU Leuven compared welfare provision across the EU. Analysing the composition of unemployment benefits, she showed how member states have maintained the levels of expenditure of the past, however modifying the composition: more people benefit from reduced amounts of benefits. This was used to show that a closer view on social policy is needed to assess what is happening in member states. Looking at outcome indicators, she made a similar case: there is a focus on growth and jobs, but less on who gets into employment – for instance, employment levels of low-skilled workers are decreasing, despite increasing employment overall. 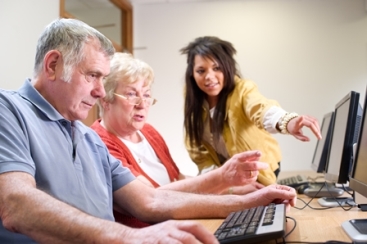 In a panel discussion Ciarán McKinney from Age & Opportunity discussed the importance of life-long learning to older persons. He commented on the Country Specific Report for Ireland that noted the low levels of lifelong learning among lower skilled workers in employment and the recommendation that prioritises the upskilling of the adult working age population. Mr McKinney further stressed that while a focus on labour activation is understandable it should not be at the cost of learners who are over 65 years of age.  He referenced the 2014 report of the Education, Audiovisual and Culture Executive Agency (EACEA) that shows that adults over 65 who engage in adult education benefit more than any other group in terms of health and mental well-being.

AGE has noted that throughout the European Semester ageing is still mostly regarded as a cost, reinforcing the idea that older people are a burden rather than an opportunity for longer and enhanced active participation of people in society. AGE calls for shifting this perception towards an approach where the Semester could flag up the barriers that prevent people from participating at all ages.