MEPs, give a voice to solidarity between generations - Joint call by AGE and COFACE

This week is the final stretch for Members of the European Parliament (MEPs) to sign up to cross-party ‘intergroups’. AGE and COFACE-Families Europe, the European network of family organisations, have sent to all MEPs a joint letter to have them supporting an Intergroup on Demographic Change and Solidarity between Generations.

An Intergroup is an informal group of Members of the European Parliament of different political groups and committees. It can encourage a large debate about wide societal issues. AGE and COFACE feel that rapid population’s ageing and the new generational mix require that elected representatives at the European Parliament reflect on the long-term solutions to adopt in light of the ongoing demographic challenges. 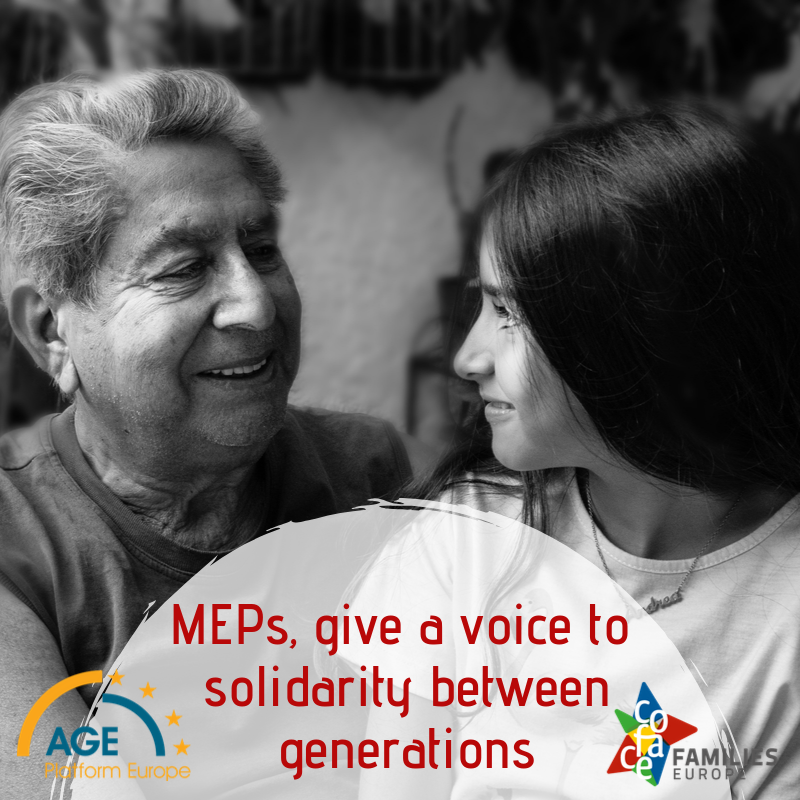 But putting forward a common call, AGE and COFACE underline that both family forms and ageing experiences are increasingly diverse. A debate among MEPs on how to adequately address the needs of all generations in a spirit of solidarity is all the more needed that the European Commission’s president, Dr. Ursula von der Leyen has designated Ms Dubravka Suica as Vice-President for Democracy and Demography.

MEPs, what can you do?

On behalf of the millions of citizens our networks represent, we thank you for your support and count on you to:

The Intergroup on Demographic Change and Solidarity between Generations would be a continuation of previous intergroups on older persons, active ageing and solidarity between generations that have existed since 1982 in various forms.