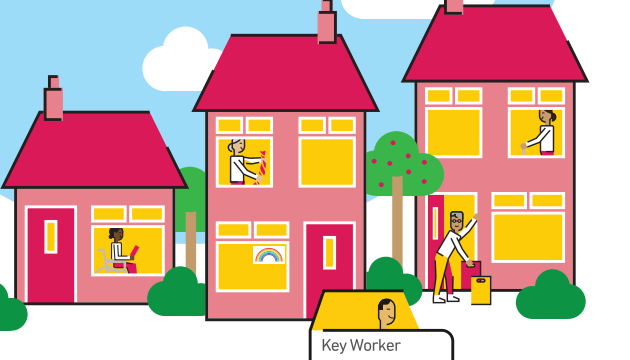 Older people are predicted to face a particularly tough winter because of the impact of Covid-19 and the lockdown restrictions on physical and mental health. A coalition of public service organisations, charities and older people’s groups in Greater Manchester (UK) have launched a new information campaign to support older people to keep well this winter.

The ‘Keeping Well This Winter’ campaign included a booklet that contains tips and advice on keeping physically well and maintaining good mental health, and has been distributed to tens of thousands of older people across Greater Manchester. It also includes a film produced by older people who suggest key questions that will open a positive conversation between front line staff or volunteers when talking on the doorstep or making phone calls.

Reaching out to older people

At a time of over-reliance on digital communications, the campaign targets particularly people who are not online, as we know that an estimated 155,000 over 65s in Greater Manchester do not use the internet and are therefore excluded from getting health and wellbeing advice online. They are also deprived from online social contact with friends and family.

Follow-up to the spring edition

The campaign booklet follows the success of a similar publication during the first wave of Covid-19, which was praised by the World Health Organization for keeping residents informed at a time of over-reliance on digital communications. The earlier booklet 'Keeping Well at Home' – distributed at the height of lockdown restrictions in May - was last month (November) highlighted as an example of good practice in the response to Covid-19 by the World Health Organization.

An evaluation led by the University of Manchester with people who received it showed that 92% of people found the information helpful and 90% said it had helped them to stay healthy. Half had no access to the internet and even among those who did, 83% still preferred to receive paper-based information.