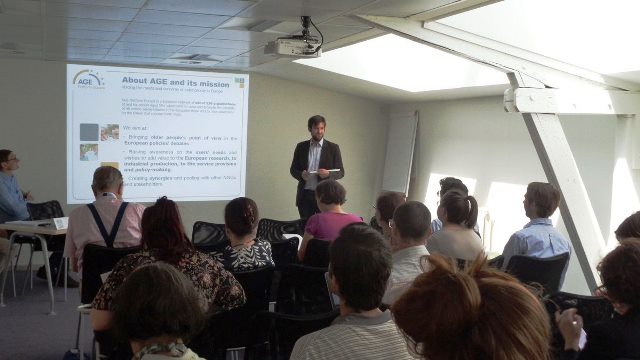 Philippe Seider, AGE Policy Officer, presented statistics showing the impact of gender inequalities on pension adequacy and the higher risk of poverty faced by older women. Women tend to have lower pension income, mainly due to their caring responsibilities and longer life expectancy in poor health. Yet, increasing gender equality would have significant economic benefits, namely in raising the employment rate.

The importance of improving work-life balance was also at the core of the discussions. Philippe Seidel referred to the Work-life balance directive proposed by the European Commission, which initially foresaw a 5-day paid leave for informal carers. This proposal was unfortunately diluted after negotiations at the Council, in which the mention of remuneration and of a defined number of days was removed.

Looking into the complex challenges of women's labour participation 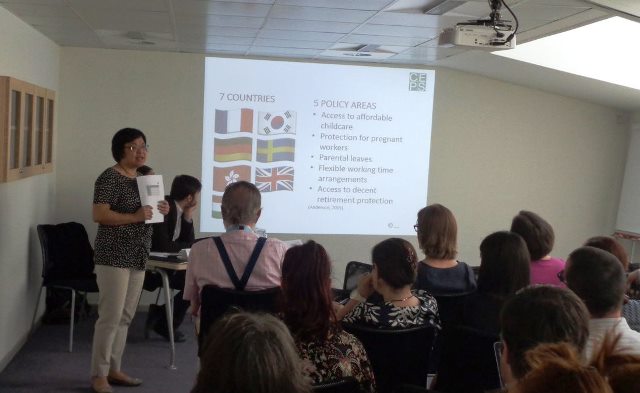 A second presentation was made by Ms Ruby Chau, a visiting scholar at CEPS, working on the EU-funded project SIPEA. Involving 7 EU countries, the project aims to explore the effects of social investment perspective on women and to identify effective work-family reconciliation measures in fostering social inclusion of women in the labour market and the family. Ms Chau introduced the concept of defamilisation - which she defines as the degree of independence from family responsibilities - and its impact on women’s employment. She noted three necessary conditions for defamilisation:

To avoid mismatch, all of those three conditions need to be met.

Ms Chau furthermore highlighted the current changing ‘Adult worker Models’. Now everybody has to become a worker: older people, people with disability, people with caring responsibilities, etc. We need to create the conditions to make this possible.

The research concludes on the need for:

Presentations can be found on the webpage of the FACTAGE project

Thursday March 11, 2021
Human rights are for all ages - Time of the EU to lead the rallying for a UN Convention
Friday February 12, 2021
EU Green Paper on Ageing: a key opportunity to make concrete steps towards a more inclusive future for all ages
Wednesday January 13, 2021
2021 promises hope for a successful recovery
Wednesday December 09, 2020
Our second AGE Barometer looks at social inclusion, health, long-term care and autonomy in later life