The United Kingdom officially left the European Union last 1st February 2020, following the outcome of the national referendum held in June 2016. The entry into force of the withdrawal agreement marks the start of a transition period until 31 December 2020, aimed to negotiate the future partnership between the EU and the UK and provide more time for citizens and businesses to adapt. During the transition period, the UK will continue to apply Union law, but it will no longer be represented in the EU institutions. This transition period can be extended once for a period of up to one or two years, if both sides agree to this before 1 July 2020. 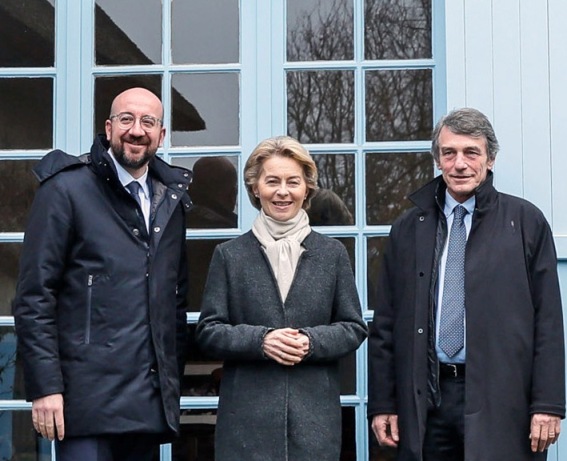 In a common press statement, the presidents of the three main EU institutions express their deep regret about the UK’s decision to leave but remind that “Whilst the UK will cease to be an EU member, it will remain part of Europe. Our shared geography, history and ties in so many areas inevitably bind us and make us natural allies. We will continue to work together on foreign affairs, security and defence with a common purpose and shared mutual interests. But we will do it in different ways”.

Referring to “a new dawn for Europe”, Presidents David Sassoli, Charles Michel and Ursula von der Leyen jointly remind how important it is for the Member States of Europe "to join forces and build a common future": “The last few years have brought us closer together – as nations, as institutions and as people. They have reminded us all that the European Union is more than a market or economic power but stands for values that we all share and defend. How much stronger we are when we are together (...) In an age of great power competition and turbulent geopolitics, size matters. No country alone can hold back the tide of climate change, find the solutions to the digital future or have a strong voice in the ever-louder cacophony of the world. But together, the European Union can.”

While respecting the democratic decision on Brexit in 2016, we are sad to see the United Kingdom leaving the European Union. Our UK members were among the founding members of AGE Platform 19 years ago and since then have been contributing to our common vision of inclusive societies where everyone’s right to live and age in dignity is respected. Their active involvement has been always praised by AGE and we are looking forward to their continuous involvement in AGE in the coming months and, hopefully, years.