AGE has joined other NGOs and human rights experts who oppose the adoption of a draft protocol that risks undermining human rights. 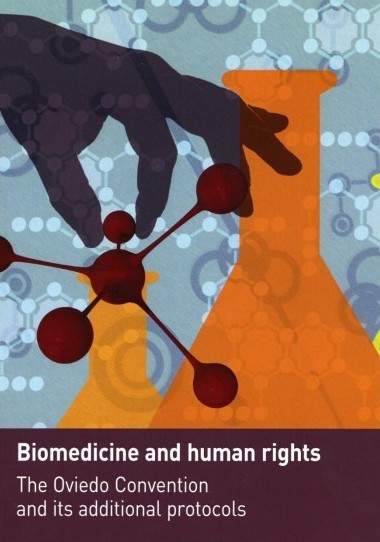 The Convention on Human Rights and Biomedicine, better known as the Oviedo Convention, which is adopted by the Council of Europe, is the only international legally binding instrument on the protection of human rights in the biomedical field.  It establishes that human rights must come before other considerations in the field of biomedicine and lays down a series of principles and prohibitions concerning bioethics, medical research, consent, rights to private life and information, organ transplantation, public debate etc.

A draft Additional Protocol concerning the protection of human rights and dignity of persons with mental disorder with regard to involuntary placement and involuntary treatment has been recently elaborated. Several civil society organisations, human rights experts, including the UN Committee on the Rights of Persons with Disabilities, and the Parliamentary Assembly of the Council of Europe (PACE) asked the Council of Europe to withdraw the draft.

Why is there opposition?

AGE and other organisations believe that the draft protocol runs against human rights standards, in particular the provisions of the UN Convention on the Rights of Persons with Disabilities, with regard to non-discrimination, legal capacity, liberty and health. The draft protocol gives excessive power to medical professionals who can decide against the will of the individual with mental disability and their person of trust to impose a certain medical treatment or put them in a medical institution. AGE believes that the aim of the protocol should be to protect the human rights of persons with mental disorders on an equal basis with others and not to create a special scheme allowing room for restrictions to human rights.

Why is this important for older persons?

The draft protocol is also targeting ‘aged persons when they are no more able to give their consent to a placement or a treatment’. By allowing a large margin of appreciation for involuntary treatment and placement the draft protocol breaches the personal dignity and autonomy of the individual which must be guaranteed regardless of age or disability. If adopted, the draft protocol would be setting a precedent that would risk systematically violating the human rights of older people.

What can you do?

Although AGE and other NGOs have opposed this text, as long as Member States do not object its adoption, the Council of Europe may still go ahead with its adoption. Luckily, Bulgaria and Portugal have already objected the draft protocol. But other EU member states have not yet done so. You are therefore encouraged to contact relevant ministries in your country (foreign ministry, health, social affairs and inclusion), raise your concerns and tell your government why they should oppose the adoption and ratification of the draft protocol.

In order to contact your government you can use the following template letter.