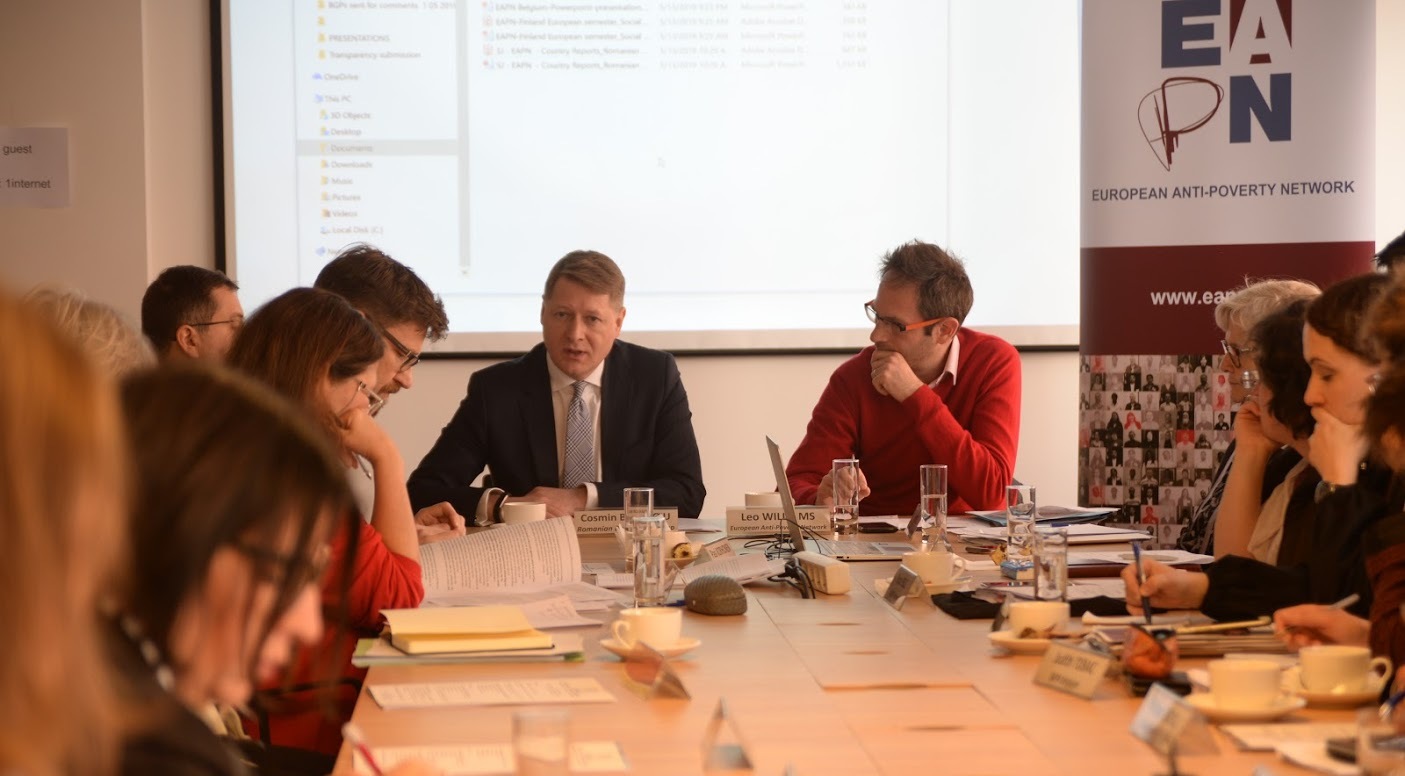 Read a short report of the event on EAPN website

During the meeting AGE Policy Officer, Philippe Seidel, highlighted the poverty rates and the challenges faced by older people in Europe, specifically older women, and shared AGE's analysis of the Country Reports 2019.

There has been a noticeable shift of language in the Country Reports, with the introduction of the Social Pillar. However, we notice that the objective of reducing public deficit prevails over the social analysis. Our Belgian members reported on their Country Report identifying a contradiction between calling for public investments and expressing concern for financial sustainability. Pensions are seen, in the vast majority of cases, from a cost-containing perspective, rather than for their social function, fulfilling the intergenerational contract and protecting from old-age poverty. Not enough attention is paid to the erosion of the contribution base. The analysis needs to go beyond the spending side and look at what do people need to buy for a dignified life? This should include the rising cost of housing, and transportation, which is crucial for older people to stay socially engaged, and is particularly an issue in rural areas. In many member states, the privately-borne cost of long-term care is far above even average pension levels. 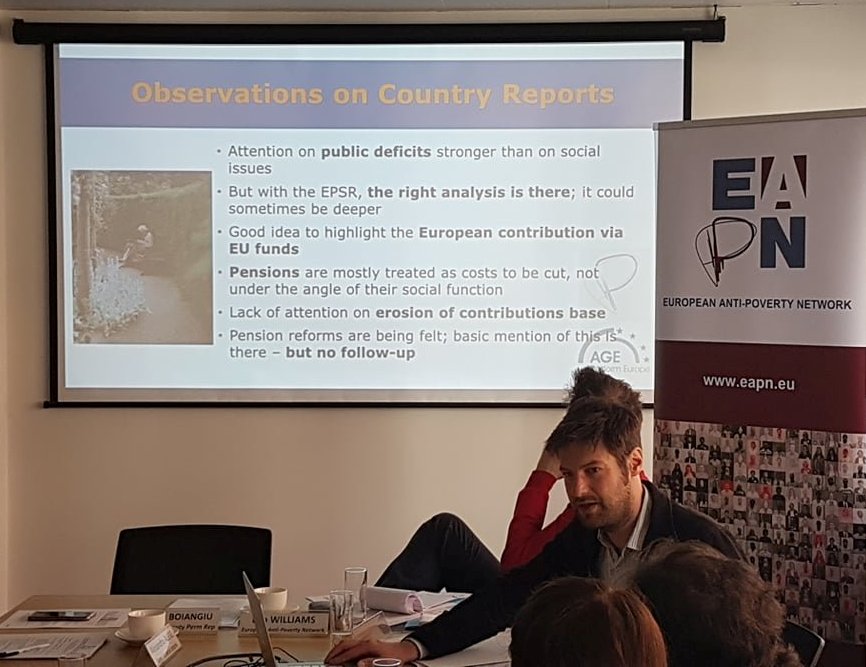 For further information on this event and AGE work on poverty and social inclusion, please contact Philippe Seidel: philippe.seidel@age-platform.eu