Our application as Non-State Actor in official relationship with the World Health Organization (WHO) Regional Office for Europe has been formally accepted together with six other organisations during the WHO Regional Committee for Europe which took place from 16 to 19 September in Copenhagen. The annual meeting gathers the representatives of the European countries as well as a number of “non-state actors”. 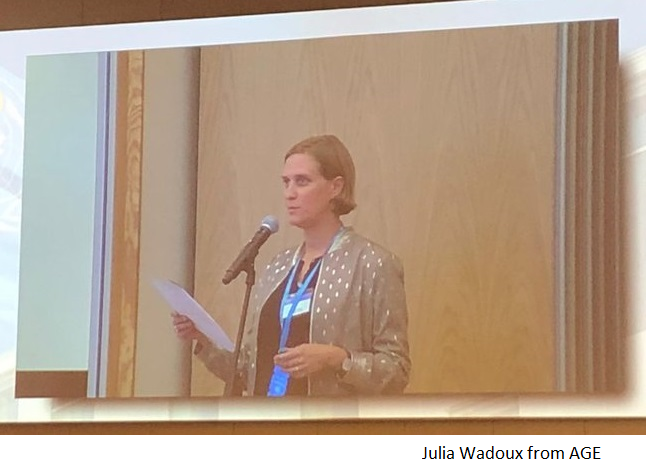 Our nomination gave us the opportunity to make both a written and oral statement in which we explained how WHO's Decade of Healthy Ageing can help respond to the ageing of the population in Europe and encouraged EU countries to support WHO’s initiative. The experience of the Europe Region can bring strong added value to this initiative and would help move towards a more age-friendly Europe.

This meeting was also the opportunity to take stock of the implementation of the Health 2020 Strategy in the Europe Region. The results are impressive and the strong leadership of Dr. Zsuzsanna Jakab was praised by all countries, while she is now leaving her post of Director of WHO Regional Office for Europe for a new position as Deputy Director General of WHO in Geneva.

Her successor for the European region has been nominated and the name of Dr. Hans Klugge should be confirmed by the Executive Board. Read more on Dr Klugge's nomination on WHO website.