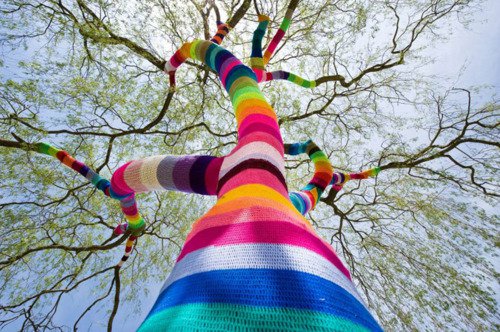 Inspired by the US and UK 'Yarn Bombing' movement (or the art of enhancing a public place or object with graffiti knitting - "Tricot Urbain" in French), intergenerational city knitting initiatives were organised throughout Belgium during the winter 2014-2015.

Watch a video here (in French)

AGE member organisation Atoutages, which organizes knitting classes for all generations, took part in the initiative in Louvain-la Neuve (Belgium). The objective was to create links between generations while making cities more colourful and helping those in need, since the knit pieces were later on re-used to make wool blankets for underprivileged in the city.

Watch Atoutages' video reporting on the initiative (in French)