A tale of ageism in employment - documentary film 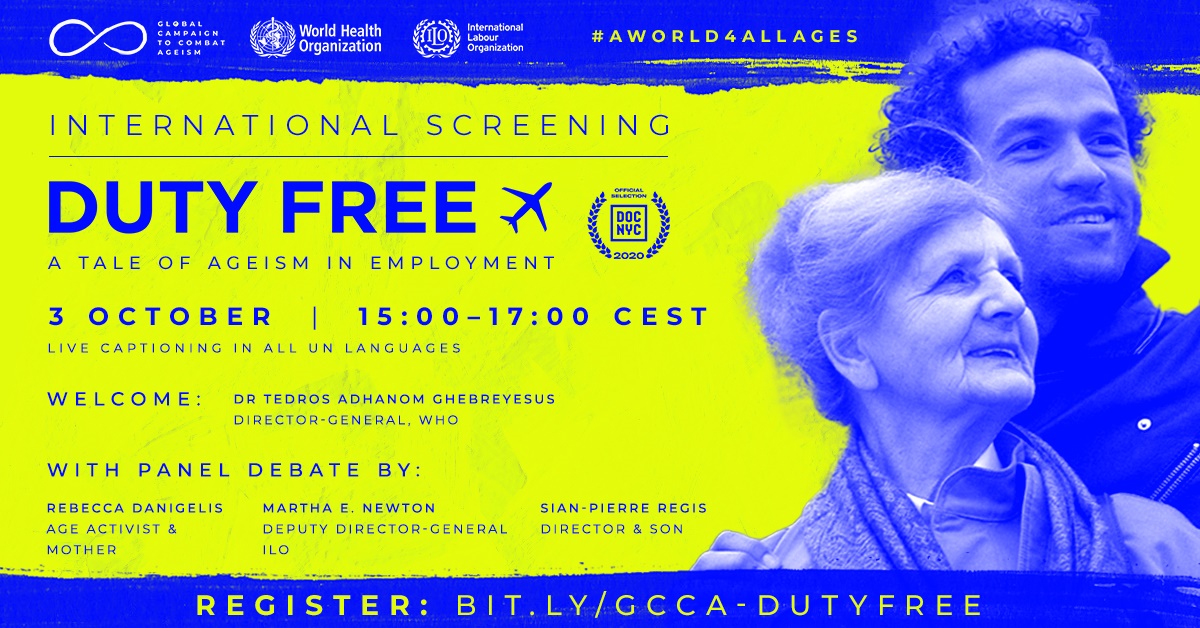 You are invited to the first international screening of the documentary film ‘Duty Free’. This film tells the story of Rebecca Danigelis, a 75-year old woman who gets fired without cause from her lifelong job as a hotel housekeeper. The documentary not only gives visibility to the issue of ageism against older people in the labour market but also exposes the economic insecurity that ensues and which shapes the future of many older people worldwide.

This international premiere will be followed by a panel debate with Rebecca Danigelis, her son and film Director Sian-Pierre Regis, ILO Deputy Director-General Martha E. Newton. This debate will offer an opportunity to discuss how ageism in the labour market affects people across countries, and to elaborate on the strategies that can be put in place to reduce or prevent it.

This event is hosted by ILO and WHO as part of the initiative Ageism through the ages that the Global campaign to combat ageism is running from 1 October (International Day of Older Persons) to 20 November 2021 (World Children’s Day) to give focused attention to ageism as it affects different age groups.

This international screening will take place online and will be live captioned into all UN languages (Arabic, Chinese, English, French, Russian, Spanish). We recommend using the latest version of Google Chrome or Mozilla Firefox to join the online screening and panel debate.

You can register for the event by clicking here: http://bit.ly/gcca-dutyfree