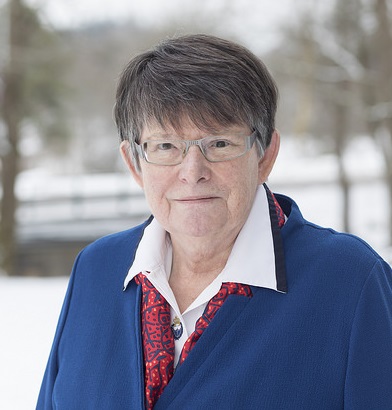 As a member of AGE Council, Mrs Rogestam already represents both Sweden's senior organisations and the SPF Seniors within AGE, but with her recent nomination she is moving up to the governing board of the organisation.

In an interview, AGE new Vice-President insists on the need for greater cooperation between AGE Brussels office and the national member organisations and for better promoting human rights in older age.

Christina Rogestam also denounces the prevalent ageism that has become more visible during the pandemic, namely in Sweden with the ban on visiting older residents in nursing homes. She further highlighted the lack of measures and preparedness to ensure the protection of older persons and effective care delivery.

Among the other AGE priorities, the SPF representative points out the issues of rights and the promotion of a UN Convention on the Rights of Older Persons (similar to the existing one for children), the fight against poverty in old age and the promotion of quality and sustainable care to an ageing EU population.

Monday October 12, 2020
COVID-19: Did it change the way we address age and ageing?
Monday October 12, 2020
Joint Presidency-Civil Society conference addresses older persons' rights in times of digitalisation
Thursday September 10, 2020
Back to business as unusual: With COVID-19, the Green Paper on Ageing must consider ageism & human rights
Tuesday June 16, 2020
From discrimination to abuse in older age: the insidious process brought to light by COVID-19