Old age loneliness and isolation in France: what are the links with the territories?

On 1st October 2019, Older Persons' International Day, les Petits Frères des Pauvres published a report which looks at to the issue of isolation as experienced by older persons in France and calls for policy actions.

Many public policies rely on the number of seniors living alone to lead initiatives to combat isolation of older people, notes AGE’s French member organisation. Yet, even if living alone aggravates isolation especially in older age, the parameter of "residential loneliness" is not sufficient to measure older people’s isolation and the actions to be taken. A gap which results into many of isolated seniors not being taken into account in official statistics.

In a new report, les Petits Frères des Pauvres analyses more closely the place of older people within the various territories and the links between their isolation and the specific territorial contexts. 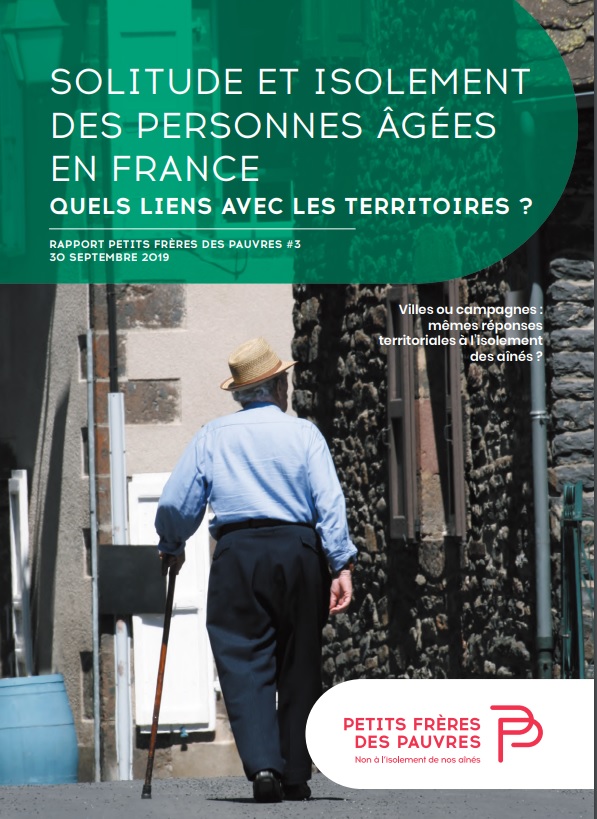 Some of the lessons learned

The report makes 15 recommendations (detailed in the full report) structured around 5 main purposes:

Among their major calls for action:

This is not the first report published by les Petits Frères des Pauvres to mark the 1st of October. In 2017, the French organisation published the report "Solitude et isolement, quand on a plus de 60 ans en France" ("Solitude and Isolation, when you are over 60 in France"). This barometer provides a significant overview of the situation of older people at national level. It also notes the strong territorial disparities linked to isolation and its various factors. More on this report here (in French)